Nigeria’s Presidential election scheduled for 14th February 2015 has been shifted to 28th March 2015. While announcing the postponement, Mr Jega, the Chairman of Independent National Electoral Commission (INEC) cited the letter written to him by the Nigerian military.

The military claimed that they will be unable to provide security for the election if held on 14/02/2015 as their forces will be fighting Boko Haram in that period. 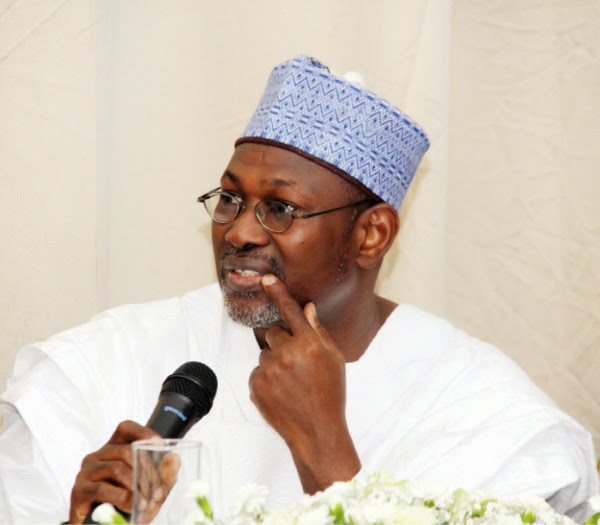 Well, that’s the reason INEC gave, but if the Presidency has other ulterior motives for the postponement, then perhaps, Pres. Jonathan has just told Buhari; Sorry Sir, I am still in charge.

Anyway due to the mistrust that exists among Nigerians, nobody has paused to consider the constitutional implications of conducting the elections as was previously scheduled by INEC.

If the election should continue as scheduled, it is obvious that the outcome would be vigorously contested by either of the presidential candidates that lost, which may eventually throw the country into crisis.

And in order to forestall such a situation, the Presidency, I guess is trying to correct the anomalies that may render the elections inconclusive. Thus, let me try and identify some of those irregularities as follows:

INEC said that out of 68,833,476 registered voters only 66% (45,098,876) have collected their Permanent Voters Card (PVC). This means that if the election is held as scheduled, 34% of registered voters will not vote. INEC would have disenfranchised these voters, which will lead to heated legal arguments.

In addition, All Progressives Congress (APC) has always believed that the N/Eastern States of Bornu, Yobe and Adamawa are their strongholds.

And so, Gov. Amaechi on 29/11/2014 (The Sun) accused President Jonathan and Peoples Democratic Party (PDP) of sponsoring Boko Haram so that elections will not be held in those states and thereby prevent APC from winning there.

Again, going ahead with the election without the displaced registered voters of the 3 states of Bornu, Yobe and Adamawa participating, may invalidate the outcome of the election and as a matter of fact, create confusion in the country.

Having considered the above issues amongst others, INEC thought it wise to postpone the election to a later date. This will allow them to distribute PVCs to more eligible voters that will at least be acceptable to common sense.

Secondly, there is a coalition of military forces routing Boko Haram at the moment. As the Nigerian military predicts that within 6 weeks Boko Haram will be contained, the displaced voters of North East will return home to cast their votes.

As usual, APC would rather let the country plunge into confusion than allow the authorities do the right thing. They are already making noise about the postponement in the name of politics.

Unfortunately, there’s nothing they can do about it because INEC acted within the powers that is vested in them by the Electoral Act and the Constitution.

Besides, the US has issued a statement that they are disappointed with the deferment of the presidential election. They shouldn’t be because they blocked every effort by the Jonathan administration to acquire arms to prosecute the war against Boko Haram.

If they hadn't, may be Boko Haram would have been a thing of the past by now. Although they gave human right violation as reason for their objection; but who violated human rights more than them? With all the civilians they've been killing with their drones in Pakistan and Afghanistan.

Moreover, is it not surprising that the US with its satellite and drones, haven’t been able to site the supposed Chibok girls that were kidnapped? By the way, whose interest are they protecting now? Perhaps they are waiting for Nigeria to disintegrate as they forecasted.

Overall, Buhari and APC are probably unsettled by the potential annihilation of Boko Haram by the multinational forces battling the insurgents. This is because Buhari will speak against any Government policy that targets the destruction of Boko Haram.

For instance, in 2013 and as reported by ThisDay newspaper, “Muhammadu Buhari has criticised the declaration of state of emergency in Adamawa, Borno and Yobe States and the subsequent military offensive against the Boko Haram Islamic sect. He said the federal government’s action was a gross injustice against the north”.

In conclusion, it is obvious that Pres. Jonathan wants INEC to conduct a free and fair election that everyone will accept in the end. But the only way to achieve that will be for INEC to get their plans right. And that’s what they are trying to do by shifting the date of the presidential election.
Labels: Politics