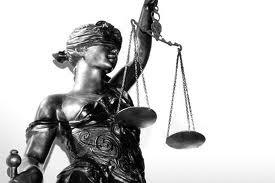 ‘Justice delayed is Justice Denied’ is a parlance readily used within the justice system. It simply means that if justice is not delivered at the appropriate time; it may turn out to be injustice to the injured when it is eventually delivered.

These 21 ex-inmates were on remand (awaiting trial) for minor offences that have a maximum prison sentence of up to 2 years. But they stayed more than 5 years in prison. That is 3 years more than the prescribed prison terms for their alleged crimes.

However, after reviewing their cases there and then, the Chief Judge released them from prison with the following statement; ‘go and sin no more’.

Now, the implication of her statement (‘go and sin no more’) is that the Judge has automatically passed a guilty judgement on the accused persons; albeit without trial.

In the first place, these accused persons were remanded in prison because they pleaded not guilty to the different offences they were charged with. And I thought; an accused person is innocent until proven guilty beyond reasonable doubt.

However, in the case of the 21 ex-inmates, it seems that the only reason the Judge found them guilty was because they stayed in prison more than the maximum prison sentence for their alleged crimes.

And consequently, does that make them ex-convicts? Would their names be included in the State’s criminal record? If I may ask.

As far as I am concerned and in the face of the law, those 21 ex-inmates are innocent since they have not been found guilty beyond reasonable doubt.

This is a clear case of infringement on their rights as humans. And therefore, Lagos State government should pay them compensation for the unjust incarceration.

But who will fight their cause? They are poor and that is why they ended up in prison in the first place. In addition, there are so many forgotten Nigerian citizens awaiting trial in different prisons in the country.

Although there are many ‘human rights lawyers’ in Nigeria such as Festus Keyamo and Itse Sagay (SAN) who could fight their cause, they are only interested in fighting the cause of politicians.

These lawyers will readily and sometimes offer unsolicited opinions, pointing out the constitutional provisions that support a politician’s actions.

Well, I guess those poor people on remand, languishing in prisons across Nigeria; do not have constitutional protection.

Actually, it is common for the Nigerian State to lock-up her citizens; after so many years; send a Judge to release them. And the released inmates, such as the 21 men, will be ecstatic and thank the Judge to high heavens, and that ends the matter.

Obviously, the delay in taking the cases of the 21 men to court resulted in them spending extra 3 years in prison, assuming they would have been found guilty for the offences. This is a case of justice delayed is justice denied.

Finally and unfortunately, everyday in Nigeria, justice is delayed and justice is denied since the Nigerian justice system is full of injustices.
Labels: Life