Killing in the name God 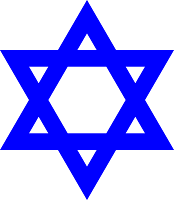 The holy books of all Abrahamic religions, namely; Judaism, Christianity and Islam, declare that God created man solely to worship HIM.

But did God ever ask them to also kill in HIS name? Well, one of the 10 commandments of the King James Version (KJV) of the book of Exodus, chapter 20 states; “Thou shalt not kill”. This law was given to Moses for the Jews.


Also, in the same bible, God instructed Saul through Samuel; “now go and smite Amalek, and utterly destroy all that they have, and spare them not; but slay man and woman, infant and suckling, ox and sheep, camel and ass” 1 Samuel 15:3.

Therefore, is it right to kill if the instruction is from God?

The adherents of Christianity, which is an offshoot of Judaism, have an explanation. They claim that Old Testament bible was interpreted from Hebrew into 17th Century English. Thus, the genuine interpretation of “thou shalt not kill” in today’s English is “thou shalt not commit murder”.

Murder means; killing unlawfully. Moreover, any killing backed by the law is allowed. The law must have stated occasions when it’s legal to kill. And so when God gives an instruction to kill, HE does that for a purpose.

For instance, in 1 Samuel 15:2, Samuel told Saul, “Thus saith the LORD of hosts, I remember that which Amalek did to Israel, how he laid wait for him in the way, when he came up from Egypt”. And for this reason God ordered Saul to annihilate the Amaleks.

If that is not murder is it vengeance then? According to Deuteronomy 32:35 God said vengeance is mine… So why doesn't God carry out the vengeance HIMSELF; why send man to kill on HIS behalf?

However, killing in the name of God continued with the Romans and their
Catholic Church. They imposed their religion (Christianity) by force upon the people. Whoever that didn’t accept Christianity, was killed. They even had a name for themselves – the Crusaders – soldiers of the cross.

The crusaders were fighting to spread the word of God. But Jesus who was the basis of Christianity said in Matt. 10:14; “if anyone will not welcome you or listen to your words, leave that home or town and shake the dust off your feet”. He never said that person must be forced or killed. But these early Christians killed in the name of God.

Now, there’s a new phenomenon that came after Christianity that is known as Islam. Their belief is in tantamount with Judaism and Christianity. Hence, their holy book, Quran quotes God; “I did not create … mankind except to worship ME” (51:56).

So why do some Muslims kill in the name of God? Muslims believe that Islam is the last religion of God and Prophet Mohammed; HIS last prophet. Thus, the last will of God is that everyone must be converted to Islam.

And therefore, the Quran commanded its followers in Surah 9:29; “Fight those who do not believe in Allah or in the Last Day and who do not consider unlawful what Allah and His Messenger have made unlawful and who do not adopt the religion of truth from those who were given the Scripture - [fight] until they give the jizyah willingly while they are humbled”. The process by which they will achieve that is called JIHAD.

Jihad literally has the same meaning as Crusade.

And so, couple of days ago, the Somalia’s al-Shabab Islamists hijacked a bus in Kenya and killed about 28 non-Muslims especially Christians. Boko Haram in Nigeria is killing scores of people on a daily basis. The Islamic State (IS) is beheading people every day in Iraq and Syria. All these atrocities are committed in the name of God.

These 3 Abrahamic religions are the cause of the trouble we have in the world today. Each of them justifies its killing in defence of God. Every Friday, Muslims go to their Mosques, Jews go to their Synagogues on Saturdays and Christians to their Churches every Sunday to worship/pray to God.

Overall, the earlier these Abrahamic religions go back to worshipping God, which they believe was the reason God created man, the earlier peace will return to the world.
Labels: Religion