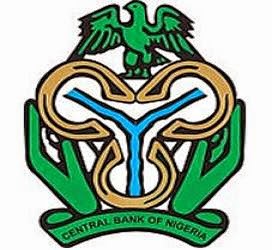 According to the Central Bank of Nigeria (CBN), Naira, the Nigerian currency is under pressure as a result of falling oil prices and excessive demand of foreign currencies.

Hence, the CBN thought the best way to ease pressure on Naira is to devalue the currency from the official fixed exchange rate of N155/US$ to N168/US$.

Well, devaluation is a monetary policy tool of most governments around the world. It occurs when a government deliberately reduces the value of its currency against other currencies.

In most cases, devaluation is used to correct trade deficit. Trade deficit happens when a country imports more than it exports. In that case, the country spends more foreign currencies than it receives. This situation will definitely put pressure on the local currency as it outflows to foreign markets.

If the fundamental reason of devaluation is to encourage export and in turn protect trade balance, then, what export is the CBN promoting? Practically, there’s nothing to export except crude oil. Oil is already priced in US Dollars, so devaluation will not induce more crude export.

More so, Nigerian economy is predominantly import oriented. There’s virtually no production in the country, most items are imported. And thus, devaluation will only increase the cost of living and prolongs the miseries of the already trampled population.

Although the declining oil prices contributed to the pressure on Naira but the real pressure comes from Nigerian politicians. They are in perpetual need of foreign currencies in order to drain off the state’s wealth to foreign banks.

So, no amount of devaluation will deter these politicians from demanding foreign currencies since they steal the Naira equivalent.

For the devaluation policy to work there must be an alternative to importation of goods. And the crazy demand of foreign exchange by politicians must be checked.

Where these are not effectively pursued, the consequences will be unimaginable. Obviously, money supply will skyrocket, which will lead to inflation and the total collapse of the economy.
Labels: business