Is it Christmas or Saturnalia? 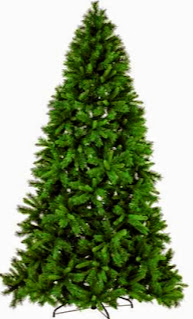 Every 25th December, Christians all over the world celebrate Christmas; the supposed birthday of Jesus Christ. But in reality, was Jesus born on 25th December? If so, where is it written in the Bible? If not, why celebrate a lie?

There’s no mention of Christmas in the Christian Bible; even the Apostles never celebrated it. More so, the Bible neither stated a particular date when Jesus was born nor did Jesus ask anyone to celebrate his birthday.

However, Luke 2:8 described when Jesus was born (And there were shepherds living out in the fields nearby, keeping watch over their flocks at night).

But today (December) in Bethlehem and its surroundings, animals are kept indoors because it’s too cold to take them out. In other words, shepherds are not in the field and thus, Jesus was not born in December.

If that’s the case, then what’s the origin of Christmas and how did the generality of Christians start celebrating it as birthday of Christ?

The celebration of 25th December predated the birth of Jesus. It was a day Roman pagans celebrated Saturnalia in honour of Saturn, the sun god. They believed that the sun god died during winter solstice; the shortest day of the year, which mostly occur on 22nd December.

However, the pagans realised that sunlight started increasing from 22nd December and completely on 25th December.

They therefore started celebrating 25th December as the day their god rose from the dead; that’s 3 days after solstice. The celebration included merriments and the exchange of gifts.

When Christianity became the state religion of the Roman Empire; the Roman Catholic converted the pagans to Christianity with the promise that they keep their practices.

From thence, as one scholar noted; they replaced the worship of Sun with the Worship of Son. And thus, the rebirth of the sun god was substituted with the birth of Jesus. In 529 A.D therefore, Emperor Justinian declared 25th December as an official Christmas holiday.

I believe the above incident transpired because similar thing happened to NDIGBO in particular, when the missionaries introduced Christianity to Africans.

Before the introduction of Christianity, NDIGBO celebrated their individual market days. On each of these market days, farming and every other activity was prohibited.

Nonetheless, the married women of the community will sweep the market square first thing in the morning in preparatory to trading. Later, men attend the market square in their traditional attires and merry while performing other customary rites.

However, NDIGBO accepted Christianity and started attending Church services every Sundays as requested by the missionaries.

On the other hand, when a market day fell on a Sunday, nobody attended Church services because the women would trade while the men will perform their traditional rites.

The missionaries quickly found a middle ground where the conflict of interest was settled. They inculcated NDIGBO practices into their Christian calendar.

And it became that the community will attend Church service if a market day falls on Sunday but would return to continue with their market day celebration.

This arrangement between NDIGBO and the missionaries evolved into big celebration, which was called SUNDAY AHIA (market day’s Sunday). I personally participated in the celebration of SUNDAY AHIA in the 1970s until it died down in the late 1980s.

And so, as you celebrate in this season, be careful what you wish yourself and others. As you celebrate Christmas, bear in mind that you could also be celebrating Saturnalia.

Anyway, I wish you all happy holidays, as Americans will put it.
Labels: Religion