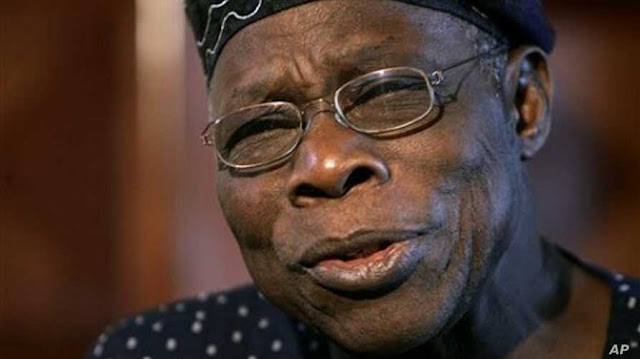 Corruption is the biggest obstacle to the development of Nigeria. It exists in every aspect of the society, especially in the public sector. Politicians and civil servants showcase wealth that’s much higher than their official remuneration. And yet, none of them would ever agree that he has ever been involved in corruption.
Even when they are caught practically stealing from the state treasurer, they blame it on their political enemies. And so, the easiest way a Nigerian politician can claim to be incorruptible is by accusing others of being corruptible.
Hence, there’s a man who keeps reminding Nigerians of how corrupt every other person is but himself. His name is General Olusegun Obasanjo, a former President of Nigeria.
When Obasanjo is not lambasting Atiku Abubakar of corruption, he is accusing Pres. Jonathan of encouraging corruption. The National Assembly and civil servants are not spared of his accusations.
Nigerian general elections are approaching and the vintage Obasanjo has once more risen to his stock-in-trade of corruption accusation. He has swiftly launched his memoirs titled ‘my watch’. This is a guise, obviously, to discredit those he wouldn’t want to see elected in the coming elections.
However, I am particularly interested in the following quotation from his book, which ThisDay newspaper of 9/12/2014 attributed to him. “…I carried out a meticulous and detailed investigation and background check on each senator from the South-east. The one that appeared most appointable was Evan Enwerem”.
Obasanjo was referring to 1999 when he became the President of Nigeria and the position of Senate president was zoned to the South East of Nigeria (NDIGBO).
He saw only one Senator that “appeared most appointable” out of the total 15 Senators that represented the zone. This is an insult on all the people from the zone that elected those 15 Senators.
In fact, Obasanjo has just informed NDIGBO that we don’t have credible people that can represent us in Nigeria. And by implication that every IGBO person could be found wanting if entrusted with the affairs of the country.
Well, every Nigerian knows that General Olusegun Obasanjo is not ‘corrupt’. At least, when he retired as a military General and the Head of State of Nigeria in 1979, he saved enough money from his salary to enable him start-up his OTA-FARM in Ogun State.
The farm, a former President of an East African country thought belonged to Nigerian government. The man became ill at ease when he realised that OTA farm actually belonged to Obasanjo. Nigerians also know that Muhammadu Buhari equally retired as a military General and Head of State.
But the nation is yet to see his own farm in any part of Nigeria. Oh what an extravagant Buhari, he couldn't even save enough money from his salary to build a decent residential home.
General Obasanjo should also be reminded that Shehu Shagari was a former President of Nigeria for more than 4 years. We haven't heard that Shagari owns a university like Obasanjo’s Bells University. Unless Usman dan Fodio University, Sokoto belongs to him.
Just a quick assertion, the burden of proof in the case of money laundry lies with the accused. In other words, the accused has to prove that he’s innocent.
Thus, if Obasanjo can save so much from his salary to acquire his monumental wealth including his hilltop mansion after becoming the president of Nigeria, then Shagari must show his own mansion.
And so, if Shehu Shagari can show his monumental wealth as a former President, then Obasanjo is incorruptible. Otherwise Obasanjo is corrupt and must go and rest in peace with his loot.
Labels: Politics