The rise of a new Bornu Empire – Boko Haram 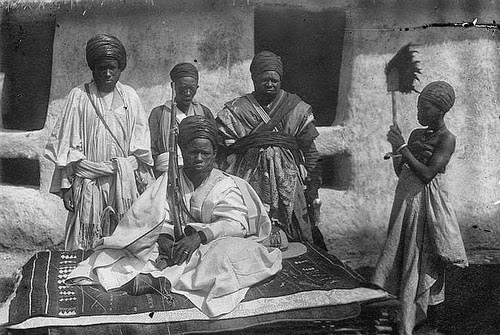 ‘The downfall of a man is not the end of his life’ is a common saying amongst Africans. With this statement in mind, it seems that the defunct Bornu Empire is about being reinstated, albeit through Boko Haram.

Bornu Empire was a continuation of Kanem-Bornu Kingdom that existed in the 11th century and headed by Sayfawa Dynasty. The title of the rulers was Mai until it was changed to Shehu in recent times.

The Empire stretched through North-East Nigeria, parts of Chad, Cameroun, Niger and Southern Libya. And in 1085, the dynasty accepted Islam and administered the emirate in accordance with Islamic laws.

However, in the 19th century, Usman dan Fodio and his Fulani jihadist conquered Bornu people who are the present Kanuri speaking people. Usman dan Fodio alleged that even though the people were Muslims but they were irreligious. And so, he imposed his version of Islam on them.

That was the situation until the British created the northern protectorate of Nigeria. A sort of reprieve came for Bornu but the Sultan of Sokoto remains the head of Islam in Nigeria; though the animosity and rivalry between them continued.

All the same, in 2002, Mohammed Yusuf, a Kanuri, formed Boko Haram in Maiduguri, the capital of Bornu state. The objective was to create an Islamic state in Northern Nigeria, which he will control.

But Yusuf died before achieving his dreams. Thereafter, Boko Haram became deadly and started killing ‘infidels’ and those Muslims they considered irreligious.

Obviously, the Fulani Caliphate misread the situation. They thought; the destructions by Boko Haram were targeted at President Jonathan. So, they subtly supported them and never openly condemned the killings.

In fact, Boko Haram was formed to challenge the Sokoto caliphate and fight those Muslims Yusuf termed irreligious. This was the same reason Usman dan Fodio gave for invading the Bornu Empire; Yusuf’s forefathers.

And just last week, Boko Haram bombed the Kano mosque where the Emir worships, killing scores of Hausa/Fulani people. The Emir of Kano; Lamido Sanusi was quoted to have said; “we will never be intimidated into abandoning our religion, which is the intention of the attackers”.

Who wants the Emir to abandon his religion? Perhaps, the Sultan of Sokoto and his cousin, the Emir of Kano have now realised that indeed this is the rise of a new Bornu Empire commanded by Boko Haram.

Moreover, during the just concluded national conference, a traditional ruler from Bornu threatened that he will pull his people out Nigeria. And thus; create a country of theirs with their kith and kin in Cameroun, Chad and Niger.

When Pres. Jonathan vehemently fought Boko Haram, the Hausa/Fulani elites accused him of genocide. But they have realised that a new Empire is emerging.

So the Sultan and his cousins have started pleading with the presidency to declare a full fledge war against Boko Haram. If they'd read between the lines, they would have acted before now.

Even so, the All Progressives Congress (APC) presidential candidates have pledged to eradicate Boko Haram if elected in 2015. It is apparent that it will be a Fulani that would be the party’s flag bearer.

What’s not obvious is if a Fulani president can persuade a Kanuri insurgent to abandon his own jihad.

Overall, nobody is going to wish Boko Haram away. It will be a long drawn jihad that would not be fought with spears and arrows but bombs. In the end it will redefine the Caliphate and the hierarchy of Islam in Nigeria.
Labels: Politics