Is Buhari the change that Nigeria needs? 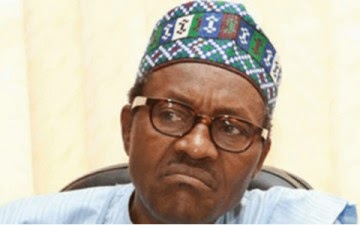 In the 2008 US presidential election, Barack Obama’s campaign theme was Change.

Then, Obama promised Americans that he would change the way Washington was being run, if elected.

Hence, he rejected the federal campaign funding and raised his own funds from the ordinary people. And the people, especially American youths, willingly contributed funds to Mr Obama’s campaign organisation.

Likewise, Gen. Buhari who will be contesting the 2015 Nigeria presidential election has adopted Obama’s ‘Change’, as his campaign slogan. He has also promised Nigerians that he will change the old ways of Abuja, if elected.

Buhari is equally raising his own campaign funds from the ‘ordinary people’. But surprisingly, Ndigbo are his highest donors, according to Osita Okechukwu (Buhari’s S/East coordinator). Perhaps, Ndigbo need the change more than the Hausa/Fulani who have been threatening that power must return to them. Very interesting!!!

Furthermore, Buhari and his political party (APC) have solicited the services of the same Chicago based consultants that Obama used. Surely, these are where Buhari’s emulation of Obama’s Change ended.

In fact, if Buhari had attached his secondary school certificate to his INEC form, he would have realised that Jonathan’s transformation agenda invariably means that Change Obama preached.

Actually, Buhari should have been comparing himself to John McCain; Obama’s opponent in that 2008 US presidential election. McCain is a retired general like Buhari. He gallantly fought the Vietnamese just like Buhari fought the Biafrans.

In addition, McCain was 72yrs old when he contested that presidential election just as Buhari is 72yrs old today. His senate career began in 1987 while in 1983 Buhari was Nigeria’s military Head of State. Although Buhari participated in governance 5yrs earlier than McCain; both of them have endless similarities.

However, if any presidential candidate should compare himself to Obama; that person shouldn’t be Buhari but Pres. Jonathan. Obama and Jonathan are of the same age bracket, came from humble backgrounds and were university teachers.

Certainly, Obama’s 2008 presidential election campaign targeted American youths and young intellectuals who were the majority of people that voted for him. At least Obama’s electoral victory inspired most young Americans; especially African Americans to start believing in themselves. If Obama can do it; yes we can.

Despite the positive impact of Obama’s victory on the American youths, in Nigeria, the young and educated people like Gov. Fashola (SAN), Dr Ngige (medical doctor), and Prof Osibanjo, etc. are those propelling Buhari’s own Change. Even though the Military Board has confirmed that they do not have even a photocopy of Buhari’s secondary school certificate.

But what stops any of them contesting the presidential election; or is it a case of wasted generation?

Finally, as Americans chose Change (Obama) over old ways (McCain) in 2008, so the world is watching to see the choice Nigerian youths and intellectuals will make in 2015.

As for me, I pray and hope that my promise land will come sooner than later.
Labels: Politics