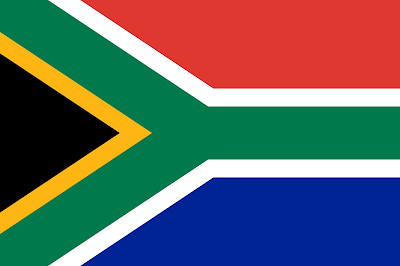 African traditions are intertwined. And so, it is common for Africans all over the world to behave alike. In London for instance, an elderly African, be him a black Caribbean or an American, would expect a younger black African to greet him at first sight.

When that happens, the older man/woman will happily reply; how are you my son/daughter? It’s exactly what is obtainable in the African continent.

But the recent attacks on fellow Africans by some South Africans have projected Africans as those who can’t tolerate each other. This is an isolated case, as such, it doesn’t tell the fraternal relationship that exists among Africans.

Actually, Africans all over the world love each other and would go the extra mile to protect one another. For instance, African nations, including Africans in the diaspora, protested the inhumane treatment of our brothers by the apartheid regime of South Africa.

However, it is proper to be un-African in South Africa; a beautiful country that’s filled with a lot of unpleasant people. Black South Africans don’t acknowledge greetings like other Africans. In reality, they behave differently from the rest of Africa; from their dressings to the type of food they eat.

In short, it will be an understatement to say that most South Africans you meet in the streets of Johannesburg and beyond are very angry people. They are just unhappy with everybody and wouldn’t tolerate anybody except you are a black South African and of course their white masters. And the reasons for their fury will follow shortly.

All the same, I witnessed their unfriendliness in 2004 when I visited Johannesburg on a family holiday. At the Airport, the health officials kept me for over 2 hours ascertaining the validity of my yellow fever certificate; just because I was coming from Ghana. And while I was waiting, I noted that a particular word: Kwerekwere kept reoccurring each time they were discussing my matter.

Anyway, on arriving at the hotel, it became hell paying and collecting the keys to the room, which I’d earlier reserved. The hotel’s front desk staff started talking amongst themselves in their language as soon as they realised that I am an African. From their behaviour, I knew they were talking about me because Kwerekwere continues to feature in their discussions.

By now I was a bit infuriated; then I asked; how long will take you to attend to me? He replied; that’s what I am doing. Your bill is $1500 for 15days and you’ll pay upfront in cash as we don’t accept credit cards from African countries. I shouted at him; are you stupid?

Immediately, a Chinese woman emerged from the inner office and enquired what was happening. I told her that I have been standing here for the past 30 minutes waiting to be attended to. That all they do was talk in their language and kept repeating one word – kwerekwere.

The woman asked them, did you call him that? They denied and so, I knew immediately that kwerekwere was an offensive word. Anyway, she took over affairs, apologised and checked me in after allowing some discounts to my original bill.

The following day, while I was waiting for a Nigerian friend that resides in Johannesburg to come and show me around the city, I took a stroll within the neighbourhood where my hotel was situated. Not quite 10 mins into the walk, a police van pulled over with about 8 police officers jumping down and pointing their assault rifles at me.

One of them yelled; don’t move and place your hands on top of your head. Not knowing what could be the problem, I obliged even before he completed his sentence. Another officer approached me, handcuffed and searched me. He found my Passport, mobile phone and the key to my hotel room.

Besides, the other police officers have gathered around me while an officer was glancing through my passport. He started speaking in their native language and that word – kwerekwere was again used to refer to me.

Then, the officer asked; what are you doing around here? I explained to him that I stay (pointing) at that hotel and I’m just taking a walk to exercise my legs. And if you are in doubt, please take me to the hotel and confirm. He sarcastically told me that if I want to exercise I should find a gym. “Now go back to your hotel and never loiter around here anymore”.

I gladly went back to my hotel room, at least I was still breathing. Soon after, my friend came and I told him about my encounter with the police. He told me not to worry since that’s what they encounter every day in South Africa.

Moreover, he said that I strayed into a white neighbourhood and that they don’t like seeing black people around the areas they reside. Perhaps, one of them would have called the police. Furthermore, that I was even lucky not to have been shot by a white man and labelled a burglar. I asked; I thought apartheid and segregation have ended? He said yes, but only on paper.

It’s ironical that black police officers were the ones enforcing the new type of segregation.

In any case, he decided to take me to see Sandton City and its Shopping Mall. And he suggested that we'll use public transport to familiarise myself with the system in case I decide to go to the Mall on my own. So we entered a minibus, which they call taxi, and safely arrived at Sandton Mall – a beauty to behold.

Indeed, a particular incident that will forever remain in my mind happened when we were returning from Sandton Mall. Before we entered the bus my friend asked the driver if he would drive through Birnam, which he confirmed. But the bus driver decided to take the highway route, which was shorter to his final destination (Johannesburg old town).

My friend protested and asked the driver to stop us to join another vehicle. He even offered to forfeit the fare that we have already paid. The driver suddenly became deaf while other passengers started shouting at us in their local language. All I could hear was, kwerekwere; kwerekwere; kwerekwere…; until we got to the last bus stop.

Now, we have to pay another fare to go back to Birnam notwithstanding the time wasted. At the hotel, I called my wife who was travelling with my son from London that she should cancel the trip because South Africa is not Afro-friendly. After explaining my experience to her, she said since the ticket cannot be refunded that they'll come but we’ll tread carefully.

Then I said to my friend that within my 48 hours of being in South Africa, I have been called kwerekwere for the fourth time, and so, what is the meaning of kwerekwere? He replied that it is a derogatory name for foreigner, especially a black person who is unable to speak any of the local languages spoken in South Africa.

Oh, this could be why black South Africans are always angry with their fellow Africans or could there be another reason? I later found out that the reasons are more complex than meet the eye. They involve money, fame and sex.

The issue of money is not because other African nationals take employment meant for the locals as wrongly reported by western media. In fact, Nigerians etc. don’t come to South Africa in search jobs but to hustle. Even some sincere South Africans have wondered what a kwerekwere does that earns him fast cash.

Let me tell you what they do. I was taken to Hillsborough in downtown Johannesburg – a ghetto to be precise. There was a place called 'Nigerian house', which dealt with all transactions relating to narcotics and advanced fee fraud. There was also a 'Ghana house' that handles all manners of fraudulent documentations; somebody can even obtain a UK or US visas from the place.

While 'Zimbabwe house' handled all contract killings there were other African houses that specialises in other lesser crimes such as the areas beautiful Ethiopian women ply their ‘trade’. There were a lot of organised crimes happening in the open to the extent that I wondered why people were not arrested.

I was told that some corrupt black police officers were part of the deals going on in those areas. More so, South Africa is a fertile land for crime because the punishment doesn’t fit the crime. For instance, a drug baron can be sentenced to a community service or have his sentence suspended altogether.

Actually, out of curiosity I asked; where is 'South African house'? Every pub is their house I was told. South African men don’t work; they drink alcohol all day while their women mostly work as housemaids to white people.

And at the end of the month the women hand over their salaries to their men who will return to the pubs to squander the money on more alcohol. Any girlfriend or wife who didn't comply was thoroughly beaten. In addition, some South African men engage in burglary and pickpocketing etc. to augment what they get from their women.

Now, South African men have lost their source of income – their women. Kwerekwere people have gained them. Really, there’s a general agreement amongst South African women that Nigerian men are romantic and can adequately take care of their women.

As such, the desire of South African women to have a kwerekwere as a husband or boyfriend, resulted in the hatred that South Africans have for other Africans. And this hatred resulted to the killings that the western media described as xenophobic attacks.

The attacks will continue until kwerekwere people stop intimidating South African men. And my understanding of their worries gave me an insight into why the hotel receptionists were unruly to me. Perhaps, paying $1500 to stay in a hotel for 15 days was enough intimidation for a man that could be earning as much in 2 months.

Finally, I left South Africa at the end of our vacation. But first I have to claim my V.A.T return. The cashier suggested; let me refund your VAT in Rand (local currency), which you can use on your next visit.

I looked at her and simply tell her to refund me in US dollars. Moreover Madam, I am not coming back to be called kwerekwere in this un-African South Africa.
Labels: Life Politics