Bring Back Our Girls: Which of Our Girls? 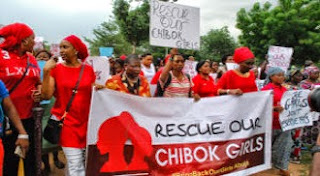 It has been a year since the World learnt that Boko Haram ‘abducted’ some school girls from Chibok, Bornu State of Nigeria.

According to reports, the terrorists took the girls into the dreaded Sambisa forest.

As at the time of the abduction, the Bornu State Ministry of Education couldn’t specify the actual number of girls that were missing. They mentioned several figures ranging from 350 girls down to the present number of 219 girls.

Most people including myself doubted if indeed some girls were missing. I based my doubts on the assumption that it will be near impossible to find in Southern Nigeria, over 200 girls sitting for their Senior School Certificate Examination (SSCE), in a particular secondary school. And southern Nigeria is where virtually everybody aspires to attend a secondary education unlike a place like Chibok in northern Nigeria.

However, my hypothesis may be wrong if the Chibok School is the only secondary school within the community and its surroundings. But, why was it difficult for the school authorities to know the exact number of the girls that were kidnapped? All they could have done was to deduct the names of absentees and ‘escapees’ from the original number of girls registered to sit for the examination.

In addition, I thought that if 219 girls were really kidnapped, there should be 219 mothers/fathers/relations wailing and demanding for the swift return of their children. In fact, whenever there were mishaps in the world, such as the 911 terrorists’ attack, Lockerbie bombing even the disappearance of Malaysian airplane, family members came out in numbers to demand justice for their loved ones.

But nothing of sort happened in the case of the Chibok girls, rather; about 10 women came up to claim to be mothers of the missing girls and that they represent other parents. It didn’t make sense.

Anyway, soon after the ‘disappearance’ of the school girls, some ‘good Samaritans’ gathered themselves as a pressure group saddled with the task of pressurising the government of President Jonathan to secure the immediate release of the ‘abducted’ girls.

Ms Hadiza Bala Usman initiated #bringbackourgirls (BBOG) movement, which effectively created awareness within the international community. This approach worked with a lot of international celebrities including Michelle Obama involving in the BBOG campaign. Ms Usman and Mrs Oby Ezekwesili became the coordinators of the movement.

However, the sincerity of these campaigners came into question when Chief Audu Ogbeh, a chieftain of All Progressives Congress (APC), informed the world that the leaders of BBOG are members of his political party - APC. Therefore, it became obvious that the BBOG outfit was formed to weaken the government of Pres. Jonathan rather than seek the release of the kidnapped school girls.

Thus, in forming the BBOG movement, APC magnified the security situation in the northeast of Nigeria. This strategy discredited Pres. Jonathan and his government. Buhari, on the other hand, used the overblown insecurity in Nigeria as a campaign theme that primarily won the presidential election for him and APC – his political party.

In the meantime, the BBOG coordinators have been rewarded for their contribution in bringing down the administration of Pres. Jonathan. For instance, Ms Usman has been appointed as a member of Buhari’s transitional committee while Mr Dino Melaye has since won his senatorial election under APC. It is expected that Buhari will appoint Mrs Ezekwesili as a minister.

Interestingly, now that the presidential election has been won and lost, the criticism of Jonathan regarding the Chibok girls has subsided. Mrs Ezekwesili has turned to Pres. Obama to help Nigeria to bring-back-our-girls. And my question is; which of our girls?

Obviously, there’s something amiss about the kidnapped Chibok girls. When the Nigerian Army announced the rescue of 200 girls and 93 women from the Sambisa forest, the whole world thought that the Chibok girls have been liberated.

But within 24 hours of the military's announcement, Bornu state government said that the rescued girls are not from Chibok. Well, the military insists that the identity of those liberated is yet to be ascertained.

The possible answer to the above questions is that the rescued girls and the women are the daughters and wives of Boko Haram members. This assumption reveals that the terrorists don’t have male children. Meanwhile, the additional 160 children rescued a day later, from the same Sambisa forest, could be the grandchildren of Boko Haram terrorists. 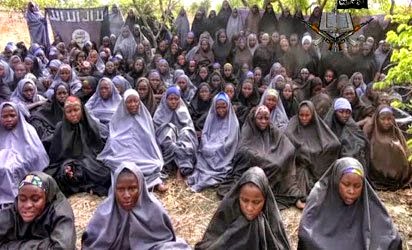 In reality, I can conclude that the pictures of the supposed Chibok girls released by Boko Haram sometime last year could be the photos of the rescued 200 Gumsiri girls.

In the end, there may not be a missing Chibok girl but it’s only the Sambisa forest that will eventually reveal the whole truth. All the Chibok noise could have been the propaganda created to oust Pres. Jonathan, of which Ms Usman and Mrs Ezekwesili etc. have already been rewarded for a job well done.

Lastly, it appears that there are different sets of missing girls from Bornu State as revealed by the Sambisa forest. Therefore, once the #BBOG movement recovers from their silence and demands - bring-back-our-girls, I suggest that Nigerians should ask them; which of our girls?
Labels: Politics