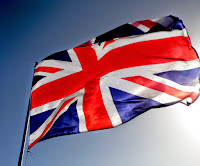 The British general election of 7th May, 2015 threw up a major surprise - the inaccuracy of the opinion polls.

The opinion polls suggested that Labour Party will win 36% of the votes cast while the Conservatives will win 35%. Other political parties would share the rest.

In other words; there will be a hung parliament; i.e. no single political party will win enough seats to form a government.

But when the result of the election was announced, the Conservatives won enough seats to form a majority government.

My God, if it was in Africa, especially in Nigeria that the opinion polls failed; monkeys and baboons would have soaked in blood by now - apologies to Buhari, Nigeria’s president-elect.

Instead of any sort rancour, the question in Britain and the civilised world is; why didn’t the opinion polls work?

Many Statisticians are of the opinion that the way opinion polls are collected should be revisited.

Did they say revisited? But the same method was used to predict that in Scotland, the Scottish National Party (SNP) will win almost 59 seats. And SNP won 57 out of 59 available seats.

So, why did the pollsters get the opinion polls right in Scotland and wrong in England? The answer is very simple in my opinion.

Based on the opinion polls, it was clear that Labour Party will win more seats and so will be given the opportunity to form a coalition government.

As a matter of fact, Labour has already started a secret discussion with the SNP toward forming a coalition government.

As such, the Conservatives who by the opinion polls have lost the election, decided to throw in their last dice – scaremongering.

The Conservatives took their campaign to English voters informing them that any vote to Labour Party is a vote to SNP - the Party that tried to break up the United Kingdom in 2014 Scottish independence referendum.

Furthermore, they quoted Mr Salmond of SNP as saying that he has already written the Labour government’s budget.

And what that means is that more money will be allocated to the devolved Scottish government in Edinburgh – the capital of Scotland.

Moreover, the conservatives informed English voters that the funds that will go to Scotland will mainly come from English tax payers.

And hence, considering the stiff upper lip of an English person, it would have been impossible for pollsters to detect the mind of an English voter that has swallowed the Conservatives’ propaganda.

In fact, admission by an English voter that he/she would vote against the Labour Party because of its proposed alliance with SNP would on its own be regarded as sectarian.

As such, the English voters chose to hide this voter behaviour from the pollsters, which was why the opinion polls failed to predict the outcome the 2015 British general election.

In conclusion, if it had been in Africa, the divisive scare tactics of the Conservatives would have been called politics of ethnicity. But in the U.K, it’s the surest way for the Conservatives to occupy No. 10 Downing Street.