If I am corrupt; Prove it - Olusegun Obasanjo 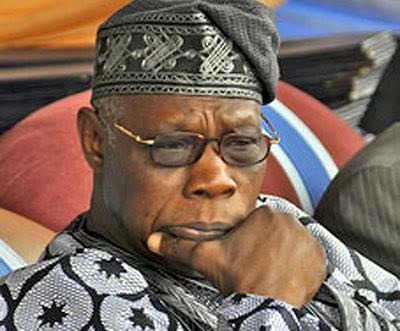 Few years ago (about 2013), Chief Olusegun Obasanjo was interviewed by BBC Hard-Talk. The interview concentrated on corruption in Nigeria and especially, the level of sleaze that existed between 1999 and 2007 when Obasanjo was the President of Nigeria.

Now, that interview has resurfaced on social media such as Facebook and others, as if it happened yesterday. The reason for this is simply that everyone finds it hard to believe that Obasanjo is not corrupt. It doesn’t matter how hard Obasanjo tries to present himself as incorruptible, Nigerians and the World will always have their suspicion.

Obasanjo’s past history, mainly, is the reason for the continuous suspicion for his involvement in corruption. For instance, in 1979 when Obasanjo retired as an Army General and Nigerian Head of State, he established OTA farm. His farm was so massive that Pres. Nyerere of Tanzania thought the farm belonged to Nigerian government. Shocked was a lesser word when Obasanjo told Nyerere that the farm belonged to him.

In fact, Obasanjo’s income as a retired General will be insufficient to set up his farm. And therefore, how did he finance this farm? Well, let’s give him the benefit of doubt and accept that bank loans financed the project.

Besides, Ota farm is just an aspect of Obasanjo Holdings. There are other investments in oil and gas, equities, bonds and properties; just to mention the ones in the public domain. Actually, Obasanjo was the petroleum minister through his 8 years as the President of Nigeria. And according to Atiku Abubakar (Obasanjo’s former vice president), throughout that period, nobody knew what transpired in the ministry of petroleum.

Surely, one person who ought to have known what transpired in that petroleum ministry is Obasanjo’s trusted ally, Oby Ezekwesili (Madam due process). But, it appears that Mrs Ezekwesili didn’t know what occurred at the petroleum ministry, perhaps because Obasanjo didn’t follow due process in running the ministry. Otherwise she should have been able to emphatically answer whether or not Obasanjo is corrupt during her recent interview by Al Jazeera TV.

However, Nuhu Ribadu, the former Chairman of Economic and Financial Crime Commission (EFCC) knows why Obasanjo’s corruption allegation continues to linger. During his discussion with the US ambassador in Nigeria, which was revealed by WikiLeaks; Ribadu claimed that Obasanjo is more corrupt than the late Gen. Sani Abacha. But that the difference between the two is that Obasanjo knows how to cover his tracks.

And that was why in that BBC interview, Obasanjo kept demanding from Steve, (the interviewer) for any proof to show that he (Obasanjo) is corrupt. In law obviously, the burden of proof is on the prosecutor and so, the accused has the right to remain silent as it is the case with Obasanjo.

In fact, whenever Obasanjo is asked; are you corrupt? Obasanjo’s answer is usually - Atiku is corrupt. Obasanjo’s reply is very similar to that of the biblical Adam. When God asked him; Adam where are you? Adam answered “I am naked”. This kind of answer is a typical sign of guilty conscience.

All same, we may not have the proof to show that Obasanjo is corrupt as he has constantly demanded, but, how about bringing money laundry charges against him? At least, the Money Laundry law says that it is the accused that has to proof that his wealth is legitimate and therefore, the onus is not on the prosecutor.

And so, let Obasanjo prove the source of his wealth considering that the basic annual salary of Nigerian President is 3.5 million naira (about US20,000). He should also tell the World his worth before he became the President of Nigeria in 1999.

Overall, the manner in which Obasanjo panicked when fire gutted part of his Hilltop Mansion in Abeokuta suggests that the mansion may hold the evidence that Obasanjo has been requesting for. But who will bail the cat? Moreover, there may be different foreign currencies in cash, buried or hidden somewhere in that mansion.

Anyway, since Obasanjo is the only person that believes he is not corrupt, he should be left in no doubt that Nigerians and the rest of the World will continue to doubt him.

One more thing, during his time, everybody suspected that Abacha was corrupt. But there was no proof although evidence eventually came out when he died.