Flip-flops of Pres. Buhari = Learning on the Job 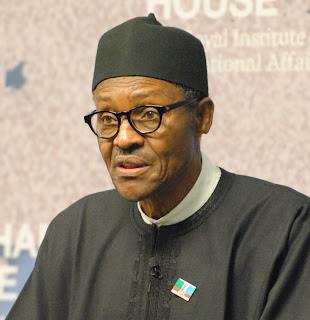 ‘Look before you leap’ is a common saying that is expected of a reasonable man to apply in his endeavours. Moreover, adhering to this adage will help in thinking through a project before its implementation and thereby assist in achieving the desired result.

It will also prevent an embarrassing situation where a policy is immediately reversed, suggesting that it may not have been well articulated, rather it was executed on impulse.

However, it appears that Pres Buhari is ‘leaping before looking’, considering the policy somersault of his young administration.

And while trying to absolve Buhari from his government’s flip-flops, his aides worsen the situation by saying that Buhari was not aware of those policies before they were implemented.

Now, let’s highlight some of Pres Buhari’s dillydallying approach to governing Nigeria – ‘the giant of Africa’.

The first sign that Nigerians have elected a president that has come to learn on the job was when African Independent TV (AIT) was prevented from covering the activities of Pres Buhari. His aides cited Buhari’s family concern towards AIT as the reason for the ban.

But when most Nigerians reacted angrily to that order, reprieve came the way of AIT with the excuse that Pres Buhari was not aware and as such, didn’t give the instruction to ban AIT.

Unfortunately, nobody was sacked from his position for embarrassing the President. Even Buhari’s media aide (Shehu Garba) who was alleged to have unilaterally banned AIT still retained his position.

In addition, despite his well publicised position that he will not involve himself in the election of the leadership of the National Assembly, Pres Buhari is yet to truly recognize Senator Saraki as the Senate President.

So, why is Buhari reneging on his earlier commitment to work with anybody that the Senators elected as their leader? What has changed, or has he realised that he spoke too soon, which means that he leaped before he looked?

Other ‘about turns’ of Buhari’s presidency include acknowledging that he now knows that there’s fuel subsidy in Nigeria. In other words, he will continue to sustain that same fuel subsidy he claimed during the presidential campaigns that doesn’t exist.

And besides, Buhari now wants to negotiate with Boko Haram, which he vowed during the presidential campaigns that he will not to do.

Actually, the most humiliating of Buhari’s flip-flops to date is his instruction to dismantle every military checkpoint in Nigeria. And so far, the most irresponsible defence his aides presented was that Buhari didn’t give that order.

Buhari and his aides believe that Nigerians are fools and so will just accept any excuse for it. Well, they may be right after all they could cajole some people into voting for Buhari to come and save them from Boko Haram. But they should limit their deception to such people.

Anyway, as a retired Army General, which was his highest selling point during the presidential campaigns, Buhari’s approach to fighting insecurity in Nigeria was to dismantle militarily checkpoints.

And the wanton destruction that came with this policy shows that Buhari is out of touch with the security situation in Nigeria. Why wouldn’t he be; a soldier whose last known participation in a war was over 40 years ago during Biafra war.

And as soon as his order was implemented, the menace of Boko Haram increased. The terrorists started bombing every now and then and killing innocent citizens at will.

And immediately another order came from Buhari to restore all military checkpoints so as to reduce the level of insecurity that resulted from his lousy security policy.

Interestingly, Buhari’s aides have again told the world that the president didn’t order the removal of military checkpoints in the first place.

But when the order was given, I can remember vividly that Plateau State in particular objected to it because, according to them; Jos is a volatile city that requires military checkpoints to forestall violence.

Even Abia State residents kicked against the order because they feared that the removal of military checkpoints could take the State back into the hands of kidnappers.

And therefore, if Buhari didn’t order the removal of military checkpoints, didn’t he hear that majority of the population was against the removal?

Moreover that order was well publicised and discussed in the media. And so, if Pres Buhari didn’t give the order to dismantle military checkpoints, at least he should have heard that such an order has been given.

All the same, if Buhari didn’t give the order to dismantle military checkpoints and didn’t hear that such a sensitive security order was given, even when it was headline news, then, the security of Nigeria is in jeopardy.

And unfortunately, if Buhari is indeed unaware of these reversed policies, then he is not in control of his government. And so, who is/are in control?

Perhaps there are uncoordinated instructions emanating from everywhere in the presidency as a result of lack of control from the president.

As such, the implication of these flip-flops is that Nigerians have elected a president that is not in control of his government and who will continue to make mistakes because he is learning on the job.
Labels: Politics