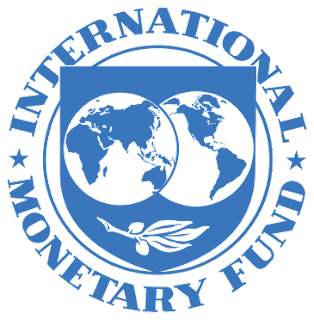 Normally when countries face financial difficulties they ask for loans from the International Monetary Fund (IMF).

Usually, the loans from IMF come with pre-set conditions. Some of such conditions include privatisation of state owned assets and currency devaluation etc.

In the case of devaluation, IMF argues and rightly that a weak currency will encourage export and thereby earn much needed foreign exchange for the failing economy.

But some African countries have in the past taken the IMF prescription that didn’t cure their financial ill health. The reason being that most of them don’t have much to export rather they are import dependent.

And so the more they devalue their currencies; the more the purchasing power of the population is eroded and the more the citizens are enmeshed in economic difficulties. Hence, the fear of IMF in Africa is the beginning of wisdom. 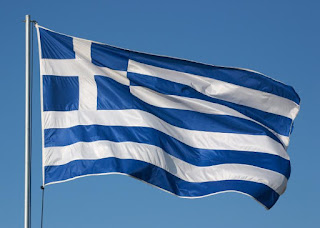 In the meantime, Greece is insolvent since it is unable to meet its financial obligation as at when due.

In fact, the country has become the first European and advanced country to default on IMF payment.

But why didn’t IMF prescribe to Greece the same medicine that it has been prescribing to African countries to cure their economic woes; especially currency devaluation?

Moreover, Greece as an advanced country stands a better chance to benefit from a devalued currency.

For instance, it is a preferred tourist destination and hence, a devalued currency would increase tourism as goods and services will become cheap to international holiday makers.

More so, Greece is known for its shipbuilding and with a devalued currency, business will boom for shipbuilders and thereby leads to increased foreign exchange earnings for the country.

In addition, other advanced countries may jettison China with its cheap labour and transfer their factories to Greece since labour and export will equally become cheap as a result of a devalued currency.

The benefits of a devalued currency to Greece are endless but unfortunately, Greece belongs to Euro zone. And thus, it cannot unilaterally devalue Euro without the support of other finance ministers of the single currency.

And considering that Euro currency houses an economic giant like Germany, devaluation is impossible at the moment. And therefore the only option left for Greece is to return to Drachma, the Greek former currency.

Surprisingly, IMF has not advised Greece to leave Euro for Drachma in order to devalue the currency and enjoy the benefits of devaluation, which IMF is quick to present to African countries. Or is this a case of double standard?

Greece is in a hole but according to Will Rogers; “when you find yourself in a hole quit digging”. Well, Greece is not doing that neither is IMF advising them to do so. The country is still digging itself into more financial ruins.

In all, no matter how hard Greece tries to remain in euro or IMF tries to maintain Greece’s European statuesque, the bottom line is: Greece has defaulted.

Thus, the only option left to salvaging anything left of Greece’s financial integrity is euro exit and thus enable them to start afresh like Argentina did in the 1990’s.

Greece and IMF may delay the euro exit, nevertheless, they will not deny that it is the only solution to the Greek Financial Tragedy.
Labels: business