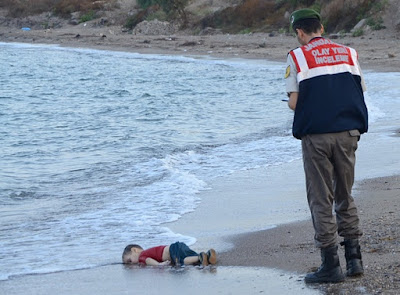 The picture of the little body of Aylan Kurdi, a Syrian refugee, which washed up on a beach in Turkey made even a ‘Devil’ to shed some tears. The boy was just 3 years old; he died at the Mediterranean Sea while fleeing with his family from the murderous war in Syria.

Meanwhile, the Christian bible stated in Romans 6:23; “for the wages of sin is death…” And so, did Aylan die because of his sin or that of his parents? I have just asked the same question Jesus was asked by his disciples regarding the man that was born blind (John 9:2).

And going by Jesus’ answer in John 9:3 (“neither hath this man sinned, nor his parents: but that the works of God should be made manifest in him”); Aylan died not because of his sins but to reveal the repercussion of NATO’s meddlesome in the Middle East and other people’s culture.

In short, Aylan wouldn’t have been a fleeing refugee; how much more dying at the Mediterranean Sea if NATO didn’t arm some Sunni militias to fight President Assad of Syria.

Incidentally, Mr Assad warned America and its allies that they were arming terrorists. But NATO didn’t listen; Alas, ISIS was born.

The activities of ISIS in Syria and Iraq have made the terror unleashed by Osama bin Laden and his al-Qaeda network look like child’s play.

And it was the fear of ISIS that pushed the family of Aylan to seek refuge in Europe. But the same NATO that created the crises in Syria shut their borders against Aylan and other Syrian refugees.

However, in their desperation to escape from ISIS, Aylan's family embarked on the risky journey of crossing the Mediterranean Sea. Perhaps they learnt that Moses crossed the red sea but they lacked the magical/spiritual powers of Moses. Thus, Aylan died while trying to reach Europe. 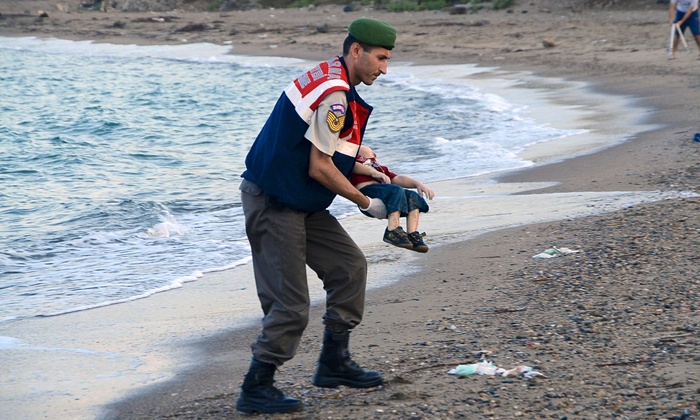 Unfortunately, it took the death of Aylan for European leaders to allow the Syrian refugees into Europe. In other words, if Alan didn’t die and washed up on the Turkish beach, Europe wouldn’t have helped the refugees.

Nevertheless, by opening their borders, European leaders shouldn’t think that they did some favours to the Syrian refugees. It was NATO that caused the current Middle East crisis. And hence, they should bear the burden of the refugees alone.

In all, Aylan Kurdi is dead but he didn’t die in vain. He died in order to save his fellow Syrian refugees - like a messiah really. And hence, the surviving Syrian refugees should forever remain grateful to Aylan.

And to NATO, if you don’t want refugees knocking at your European borders, then stop interfering in other peoples affairs. Without your interference, there wouldn’t have been crisis in Iraq, Libya, Syria, etc. And Aylan would have been alive today.
Labels: Life