Biafra Agitators and their Detractors 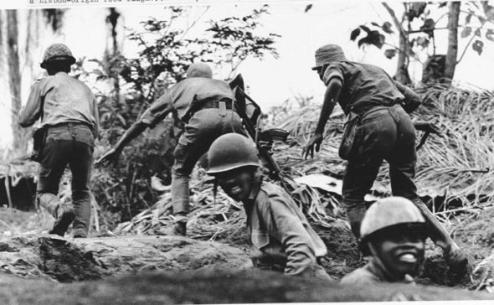 In December 2013 I visited Awka, the capital of Anambra state, Nigeria. My host and I went to a pub to unwind, have some drinks and watch a premier league football match. I requested for a Heineken beer. But the service boy replied; Oga (boss) we only sell ‘Oh Mpa’ (Oh Father). What the hell is that, I asked? The boy replied, Oga; it’s a Biafra beer.

Then my host cuts in to explain: in short, the name of the beer is HERO and it is produced by SABMiller Plc of UK, in remembrance of our Igbo/Biafra Hero - DIM Chukwuemeka Odimegwu-Ojukwu and other fallen heroes of the Biafra war.

DIM Ojukwu led a 30 month Biafra liberation war that started in May, 1967. Before his death in November, 2011, DIM Ojukwu was regarded as a Hero, and thus, with the birth of a Hero beer, our Hero lives on.

Quickly, the service boy took over from where my host stopped: Oga! Everybody in this town drinks Oh Mpa. Look around; you’ll not see any other beer around here except Oh Mpa. Are you not a Biafran?

Honestly, I knew that question was coming because once you speak Igbo language; you are considered a Biafran. However, before I could answer the question, a young man in his 30s who has been listening intently to our conversation asked me to have a bottle of Hero on him.

Within a few seconds, a bottle of Hero beer was on my table. I felt like a kind of Biafra recruitment was happening, and it appeared as if once I drink the Hero beer that I have ‘drank’ an oath of allegiance to the Biafra cause.

Nevertheless, I observed that the beer’s label has a rising sun on it. The same rising sun found on the Biafran flag. Hmm! This is a Biafran beer for sure. So, once I sipped the beer; an older man beside us asked me; how does the beer feel? I said, it feels good, and do you feel like a Biafran now he enquired further? My response was that I don’t feel like a Biafran; I am a Biafran.

The man stood up and shook my hands with the following compliment; you are a true son of Igbo. Then I said, but not every Igbo believes in Biafra. He said those who don’t believe are Sabos (saboteurs) and when the time comes we will give them the same treatment we gave them during the war. What treatment was that I asked - cut off their penis he responded.

In addition, Hero beer is being consumed and has spread through the major cities of IGBO states and the entire former eastern region. Moreover, “a giant statue of Ojukwu in military uniform with a rifle slung over his shoulder stands at the driveway leading to SABMiller’s brewery in Onitsha, Anambra state” according to Bloomberg-Business. These are some of the signs that the agitation for a Biafran state will never die.

All the same, Nnamdi Kanu and his IPOB are the stars of the moment. They started their agitation by creating an internet pirate radio station, which they used to sensitise the people in readiness for the self determination of ingenious people of Biafra. And their mission is to achieve Biafra by non-violent means.

The next phase: Kanu returns from his comfort zone in the UK to Nigeria in order to be arrested. Bingo; Nigerian government swallowed the bait, which has resulted to demonstrations, not only in the old eastern region of Nigeria but in other cities of the world. This has further thrown Biafra on the world stage.

Today, Kanu remains in jail while his demonstrating supporters face death everyday in the hands of Nigeria security organisations. Some have even lost their lives, others have been arrested and tortured but the rest are not deterred.

These supporters are young people that apparently know the implications of their actions – arrest or death. Yet they are ready for the consequences and that makes the situation very dicey.

Besides, there are IPOB detractors of IGBO ancestry that prefer to continue to wish for Biafra rather than to agitate for it. They malign the Biafra agitators. The main reason for their position is that they don’t want another civil war.

But Kanu and IPOB say they’ll remain non-violent in their demand for an independent Biafra. And they have been true to that. They don’t have arms. Their numerous supporters have been peaceful throughout their demonstrations. And so, where is the war coming from?

Really, in the history of mankind, freedom is not given until it is demanded for. Nobody will grant you freedom if you don’t ask for it. However, if you want to remain a slave, your master will be glad with that; but he’ll fight anytime you ask for your freedom.

More so, USSR, Yugoslavia, Sudan, etc. peacefully disintegrated without a bullet being fired. And there are self-determinations from Scotland, UK to Catalan, Spain and nobody has arrested their leaders.

But, in Nigeria where pretenders direct the affairs of the country; Nnamdi Kanu, a non-violent man who is only asking for the freedom of his people to determine their own political status, is held in prison.

Finally, there’s an Igbo proverb that translates; an adult that holds a child’s toy aloft will surely bring it down when his arm starts aching.
Labels: Politics