Meddling in the Wilderness: The birth of Islamic State 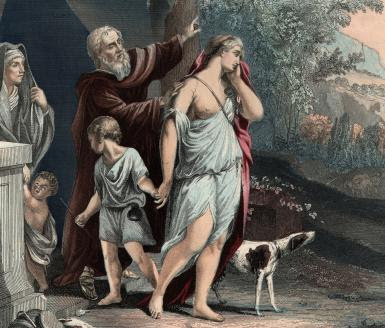 Sometime ago, I went on a family trip to the Kruger National Park in South Africa. A place where wild animals are allowed to do their things without interference from humans. I also observed that the big cats rule the jungle with the help of their swift and precise hunting skills. And thus, the fittest animal survives there.

However, apart from the Kruger Wild Park in South Africa, there’s a wilderness somewhere in the Middle East as reported by the Christian bible. The bible stated in Genesis 16 that the angel of the Lord met Hagar (Abraham’s Baby Mama) and told her that she will bear a son and her name will be Ishmael.

Now, Genesis 16:12 stated that Ishmael “…will be a wild man; his hand will be against every man and every man's hand against him; and he shall dwell in the presence of all his brethren.”

My understanding of the above bible verse is, perhaps that so long as nobody meddles with his environment, Ishmael, the wild man, will live in peace with his brethren. Just like we were told at the Kruger Park not to disturb the wilds otherwise the animals would attack.

Nevertheless, Europeans and Americans who narrated the story of the wild man in their bible are now meddling with the environment of the descendants of Ishmael (12 princes). They want to change their ways of life by trying to teach an old dog new tricks. The western countries want to introduce democracy in the wilderness.

Democracy in the wilderness will be akin to telling a Lion in the wilds to share power with an antelope. Even a weaker Lion takes its pride out of the sight of a fiercer Lion. That’s the rule of the jungle – survival of the fittest. Democracy doesn’t exist in the jungle; power changes hands by force.

In truth, apart from the Europeans who are the present day Israelis, no country practices democracy in the whole of the Middle East except the quasi-democracy that presently exists in Iran, Iraq, Afghanistan, etc.

In the wilderness, strong men are always in control of their respective countries. They either come inform of monarchs just like in Saudi Arabia, Kuwait, Bahrain, etc., or they come in form of Islamists like the Taliban and Iranians or you have outright cowboys such as Saddam Hussein, Gaddafi, Assad of Syria, etc.

And as everybody remains subservient to the rule of the strong-men, the citizens were unhurt and lived well. But anyone who tries to change the status quo is sent to the gallows if he's caught while trying; as governments in the wilderness are not changed through the ballots but by bullets.

Hence, by bullets, America toppled Saddam Hussein of Iraq and Gaddafi of Libya while they are in the process of taking out Assad of Syria. But America and her European allies made a fatal error. They didn’t replace the ousted strongmen with, even, stronger men.

As such, America left a power vacuum. And as nature abhors vacuum, Islamic State is born to fill the void left by the exit of Saddam in Iraq and the meddling in Syria.
Labels: Politics