After all said and done, the ‘Son Of God’ (Jesus Christ) was a Nigger

Today being 25th December is Christmas, the day Christians all over the world traditionally celebrate the supposed birth of Jesus Christ – the ‘son of God’. However, the celebration of Christmas has gone from marking the birth of Christ to the expectations of Santa’s gifts. 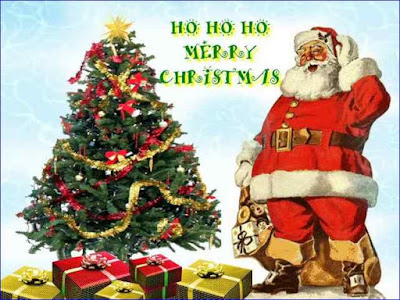 Santa Klaus is now the face of Christmas. Most children know Christmas to be the period of receiving gifts from Santa.

And therefore, they pray to God to facilitate their Christmas presents through Santa and no longer ‘through Jesus Christ our lord.’

Curiously, the name of Jesus whose birthday the world is supposedly celebrating is no longer mentioned.

Obviously, Christmas has been commercialised from the streets of London through New York to Beijing and to the rest of the world. Thus, businesses decorate their premises in Santa’s image as his reflections increase sales.

And to non-Christians, Christmas is a period to relax with family members. Even, Americans are helping the non-Christians to be fully involved in Xmas.

They have replaced the greetings of the season from ‘Merry Christmas’ to ‘Happy Holidays’. And at the White House, USA, Christmas trees are now known as holiday trees.

Apparently, the core traditions of Christmas have changed over the years. The interests of the descendants of Europeans who propagated Christianity from inception have equally waned.

One of the reasons for the decline in the core values of Christianity could be evolution. Humans are rapidly acquiring knowledge.

They are now able to differentiate facts from fictions.

After all said and done, Jesus was not the Caucasian male that they made him to look, but a Nigger.

And perhaps Christians have realised that without a doubt, Christ was not born on 25th December. Moreover the celebration of 25th December predated the birth of Jesus.

In fact, 25th December was the day Roman pagans celebrated Saturnalia in honour of Saturn, the sun god. They believed that the sun god died during the winter solstice; the shortest day of the year, which mostly occur on 22nd December; while the sun rose on the 25th.

The Roman pagans, therefore, started celebrating 25th December as the day their god rose from the dead; that’s 3 days after solstice. The celebration included merriments and the exchange of gifts. 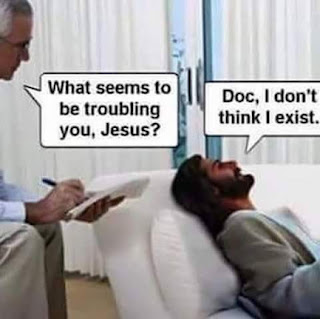 Another reason could be that the entire human race has finally accepted that indeed, Jesus Christ, the ‘Messiah’, the ‘son of God’, was a Nigger (black man).

It was a Nigger that died to save the world and not the Caucasian (white man) on the cross.

According to BBC, “in 2001 forensic anthropologist Richard Neave created a model of a Galilean man for a BBC documentary, Son of God… meant to prompt people to consider Jesus as being a man of his time and place.”

It is apparent that mankind is gradually accepting that Jesus didn’t look anything like the Caucasian male that the world has been worshiping for centuries. And I believe one day, the world will totally agree that the son of God was a black man.

Even Revelation 1:14 hinted what Jesus looked like – “The hair on his head was white like wool, as white as snow, and his eyes were like blazing fire.”

Evidently, the early Christians knew that Jesus wasn’t a Caucasian male but, they represented him as such in order to attract followers.

Certainly, the earlier European churchgoers wouldn’t have embraced Christianity if they knew that Jesus was a Nigger.

Talk less of accepting a Nigger as the ‘son of God’ that died on the cross for their sins.

All the same, I wish everyone Happy Saturnalia; I mean Merry Christmas or should I say; Happy Holidays.
Labels: Religion