President Buhari: No rule of law; No foreign investors 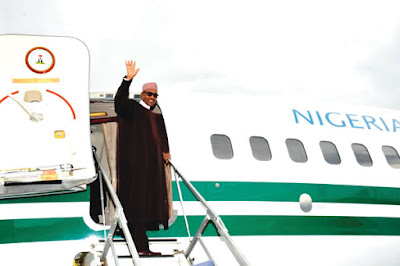 Since President Buhari was inaugurated as Nigeria president on 29/May/2015, he has made a total of 17 foreign trips. According to his aides, the reasons for Buhari’s frivolous travels include; seeking - international assistance in the war against Boko Haram; Foreign direct investment (FDI); reparation of looted wealth by unscrupulous government officials; etc.

By all standards, these are lofty reasons for his travels but it is said, ‘heaven helps those who help themselves’. Unfortunately, Buhari is not helping himself and so, it is unlikely that the foreign intervention he’s seeking will materialise.

For instance, during his recent chat with some Nigerian media practitioners, Buhari was asked why the Department of State Services (DSS), Nigeria’s secret police, doesn’t obey court orders.

The media cited the case of Mr Sambo Dasuki who has been granted bail by the courts on 3 different occasions, yet the DSS refused to release him.

President Buhari impliedly accepted in is response that Mr Dasuki is being held under his instruction. Buhari queried why someone who pillaged the resources of Nigeria should be allowed to travel to London and in the process jump bail.

By his statement, Buhari has informed the international community that there’s no rule of law in Nigeria. And that he is willing to violate the human rights of Nigerian citizens.

It’s worth reminding Buhari that the USA refused to supply arms to Nigeria in the past on the unsubstantiated claims of human rights abuses against Boko Haram fighters by Nigerian soldiers.

In that case, how does Buhari expect the WEST to aid his fight against Boko Haram and his war on corruption now that he has confirmed to the world that the violation of human rights of Nigerian citizens will persist?

Still on rule of law, how does Buhari expect foreign investors to invest in Nigeria since they are now aware that his government will not obey court orders?

In addition, Buhari told the media that he has not been convinced why Naira (Nigerian currency) should be devalued. By implication, Buhari is saying that if he is convinced, perhaps, he will authorise the devaluation of Naira.

By suggesting that he can usurp the powers of the Central Bank of Nigeria (CBN), President Buhari has, inescapably, sent a wrong signal to foreign investors. Buhari has just told the world that he can influence the CBN.

Of course no investor will invest in a country where the central bank is not autonomous. That would amount to an investor exposing himself to political schematisation.

In other climes, Monetary Policy Committee (MPC) of a central bank decides the official interest rate as well as manage the foreign exchange of a country.

The MPC is also saddled with the task of managing inflation and equally directs (give advice on) other government’s monetary policy framework.

But in Nigeria and going by President Buhari’s statement, it appears to be the government that advices the MPC of CBN on how to carry out its duties.

And sometimes it is better to keep quite and appear as a fool than to open your mouth and remove all doubts.

As President Buhari has sent a wrong signal to the world, he should be advised to stop his travels, settle down in Nigeria and figure out how to solve the numerous problems facing the country.

In all and as ‘a rule of thumb’ - no rule of law - no independent central bank - no foreign investor.