Abia Charter of Equity: time to bust the myth 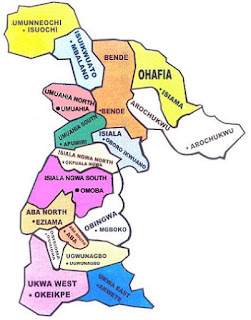 Abia charter of equity is a document that virtually 99% of Abia state residents have heard of but have never seen.

Perhaps, the document doesn’t exist or it exists in the imagination of those who refer to it for ulterior motives.

As we were meant to believe, Abia charter came into being during the movement for the creation of Abia state from old Imo state.

Hence, the word ABIA is the acronym of Afikpo, Bende, Isiukwuato and Aba, zones that became the components of Abia State in 1991.

In addition, the elusive Abia charter supposedly contains the Modus Vivendi of power sharing amongst these 4 components. Again, nobody can categorically say the sequence of the power sharing agreement. But the notion is that power will shift according to the acronym.

Accordingly, Dr Ogbonnaya Onu from Afikpo zone became the first democratically elected governor of Abia state. But his governorship was not on consensus; Dr Onu contested the election with candidates from other political parties that were from other zones.

Thereafter, the military took over governance and democracy was truncated. But before democracy returned in 1999, Afikpo became part of Ebonyi state. And if there was anything like Abia charter of equity, technically speaking, it seized to exist on the exit of Afikpo.

Now that Afikpo is no longer a part of Abia state, 'BIA' – (Bende, Isiukwuato and Aba) should be the new acronym for the subsisting Abia state. And in principle, there should have been a new charter based on the new acronym; assuming there was a charter that existed.

But since 1999 general elections, every component of Abia state has been participating in every gubernatorial election. Nobody ever mentioned the so called Abia charter of equity until when former Gov Orji Uzor Kalu wanted T.A. Orji to succeed him.

The old Aba division (Ngwa and Ukwa) started the argument that it is their turn to govern Abia state. They started referring to the Abia charter of equity. In order words; a Bende man must not succeed Chief Kalu who is also from Bende.

But now, the claim is that the Abia charter of equity is between old Bende division and old Aba division. How about Isiukwuato? Surprisingly, they kept mute. Possibly there’s a new charter that excluded Isiukwuato people.

In the end, T.A Orji succeeded Chief Kalu as the governor of Abia state; even though every other zone participated in that election. At that time, T.A Orji didn’t see anything wrong with a Bende man succeeding another Bende man. I guess because it was in his favour.

Incidentally, Isiukwuato people have woken up. Prior to the PDP primaries election, Dr Uche Ogar (Masters Energy) argued that it is their turn to govern Abia. Again, he based his argument on the Abia charter of equity.

According to Dr Ogar, Afikpo and Bende have produced governors respectively. Thus, it is the turn of ‘I’ (Isiukwuato) in the Abia acronym before ‘A’ (Aba - Ngwa). That’s the kind of confusion a mythological document can cause.

Meanwhile, what will happen to Isiala Ngwa and Osisioma local government areas? They are in the same Abia central senatorial zone with Umuahia and Ikwuano. Would Ikwuano/Umuahia allow them to present a candidate when it’s the turn of the zone? Considering that it will be the turn of Abia South thereafter, who are predominately Ngwa people.

Furthermore, in his reaction to the verdict of Appeal Tribunal that found in favour of Dr Alex Otti, TA Orji was of the opinion that if the judgement is allowed to stay; the Abia charter of equity would be ruined.

But what has Abia charter got to do with Appeal Tribunal? The Tribunal was setup to legally determine who won the Abia gubernatorial election - who Abia people voted for in the eyes of the law. And not to interpret a charter that they don’t know whether or not it exists or have a copy.

By now, it is clear that Abia charter of equity is a ruse. If this charter exists, then it should be published in order to stop people from interpreting the contract to suit them. Otherwise a charter should be drawn to accommodate different interests in Abia State.
Labels: Politics