Buhari’s war against corruption: why it is selective 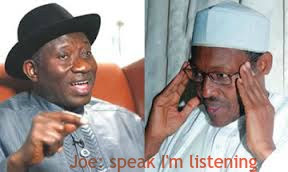 In mathematics, a decimal number that repeats forever is called recurring decimal. An example is if 1 (one) is divided by 3 (1/3 fraction) it will equal 0.33333… (Number 3 continues endlessly). Thus, the recurring decimal in this instance is 3, as illustrated below.

Meanwhile, why a dot is placed over recurring decimal number 3 in the above illustration is to show that every other number following 3 is 3.

If President Buhari is not selective about his war on corruption, Jonathan being the name that all the accused persons have mentioned should be in jail by now. Sadly, some people are above the law in Nigeria and Jonathan is one of them.

Besides, it is unbelievable the way some Nigerians reason. The media reported some names of people including President Buhari’s name that benefited from ‘Dasukigate’. Buhari in particular was reported to have received 2 armoured SUVs and $300,000 in cash.

But some Nigerians rejected that their incorruptible hero (Buhari) received any thing from Dasuki. Sadly for them, Buhari’s media aides accepted that he received just 2 SUVs but didn’t receive any $300k.

In addition, the aides claimed that the SUVs were Buhari’s entitlement as a former head of state. And that he didn’t know that it was from the diverted ‘$2.1bn’ arms procurement.

Well, now that Dasuki has told Buhari where the 2 SUVs came from – ‘proceeds of crime’; has Buhari returned his share of Dasukigate? If Buhari hasn’t returned his share, why does he expect others to return theirs?

Moreover, the Economic and Financial Crime Commission (EFCC) has not investigated Buhari to ascertain the correctness of his claim. Again, just like his predecessor, Buhari is above the laws of the land.

All the same, there are other people accused of wrongdoings who are at part with Buhari. Chief Metuh for instance said that former President Jonathan gave him some money to carryout an assignment for him.

And that he didn’t know that it came from funds earmarked for arms procurement. Metuh is at par with Buhari in this matter. So, why is Chief Metuh on trial and President Buhari is not?

This same situation as Buhari is applicable to Chief Olu Falae. Chief Tony Anenih on behalf of PDP gave N100m to Chief Falae’s party (SDP). Chief Falae said he didn’t know that the money was part of funds meant for arms purchase.

But some devious Nigerians have been raining insults on the man. They have been calling him unprintable names because he refused to return the money.

Again, Chief Falae is at par with Pres Buhari in this matter; so, if Buhari hasn't returned his share why should Falae return his?

Furthermore, why hasn’t EFCC arrested Chief Anenih or asked him to refund the money he received directly from Dasuki?

More so, why is government not prosecuting those people that confirmed receiving share of the Dasukigate from Chief Anenih; including those that received funds directly from Dasuki?

In the end the whole saga seem to be targeted at Buhari’s no. 1 enemy – Sambo Dasuki. Chief Metuh got a bit manhandled because he tried to prove stubborn otherwise he would have been treated like the rest – refund some money and go home.

Overall Dasuki is the only accused person in respect of the alleged diverted $2.1bn that’s still in detention; even though he has been granted bail on two occasions.

Until Goodluck Jonathan is arrested and Dasuki treated like every other defendant in this matter, Buhari’s war on corruption is selective.
Labels: Life