CBN and sliding Naira: testing how low the Naira can go 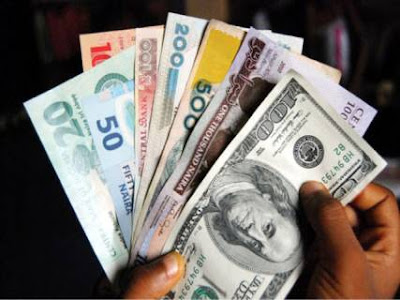 
And therefore, when the IMF president, Christine Lagarde came to Nigeria on an official visit, those who opposed the devaluation of Naira panicked. They thought the ‘devil’ has finally arrived to devalue the Naira.

But the IMF and Western investment banks don’t support currency devaluation but currency liberalisation. In order words, to leave the price of the currency to be determined by the forces of demand and supply – market economy.

Obviously, the value of the currency may depreciate in the beginning of the liberalisation. For instance, the Argentine Peso depreciated by 30% towards the end of 2015 when it was liberalised.

Having said that, it is my opinion that Mrs Lagarde came to Nigeria to explain the true position of IMF and the importance of Naira liberalisation to the Nigerian government.

As such, it cannot be counted as a coincident that 2 days after her departure from Nigeria, the central bank of Nigeria (CBN) started a partial liberalisation of the Naira.

On Monday, 11/Jan/2016 to be precise, the CBN stopped selling foreign currencies to about 2,786 licensed Bureau de Change operators in Nigeria. Put differently, they should source their own foreign currencies.

Every investor read through the actions of a central bank in order to analyse the market. And hence, from that perspective, it seems that this new policy is a way by which the CBN wants to test how low the Naira could go if there’s a full liberalisation.

If this new policy is not prelude to full liberalisation of the Naira, then it will exacerbate the prevailing corruption in the FOREX market. The danger is; companies approved by the CBN may sell their allocated foreign currencies in the parallel market and make some fortune.

Meantime the Naira is trading at N300 to US$1 at the parallel market since the introduction of the new policy. When compared to the official exchange rate of N197 to $1, Naira has depreciated by about 65%. I suppose there will be 100-150% depreciation of the Naira at the worst.

The CBN has also stated that Bank customers can deposit foreign currencies into their domiciliary accounts. However, somebody noted that the CBN didn’t say if the depositors can equally make withdrawals - very interesting.

That tells how sceptical people are with president Buhari’s government. To be frank, the present regime is laden with lies and propaganda. They don’t have a stated economic policy.

They always want to achieve a policy through the back door. For instance, they removed fuel subsidy without stating so. And they used some jargon called ‘price template’ to confuse the people. How many Nigerians understood ‘price template’?

And now Buhari and his CBN want to liberalise the Naira without saying so. Of course hell will let loose if they mention devaluation.

Perhaps, Madame Lagarde of the IMF has finally convinced Buhari of another way to devalue Naira without calling it so. It is called liberalisation.

But why would they want to liberalise the Naira? So that Buhari can fund his sham N6 trillion Naira budget – a budget that is 30% more than last year’s.

Meanwhile, Saudi Arabia with a foreign reserves of $646 billion compared to Nigeria’s $30 billion, reduced its budget by 10% from last year’s.

According to their estimates, the Saudis believe that cheap crude oil is here to say. And therefore, their income will be affected. And the price of Oil continues to slide; even analysts expect that very soon the price of crude will hit $20 per barrel.

Where else would Buhari get the money to finance his budget? Some of Buhari’s brainwashed supporters said that he’ll block all the sources of financial leakages.

Is Nigeria more astute than the Saudis even when all the leakages have been blocked? I doubt it.

Overall, the only visible option to finance his N6 trillion budget is to liberalise the Naira. And by doing so, Buhari will sell his little oil proceeds according to the current depreciated Naira value.

And he will award his contracts in billions and trillions of Naira that will be worthless at the end of the day.