Dasukigate: the difference between fact and fiction 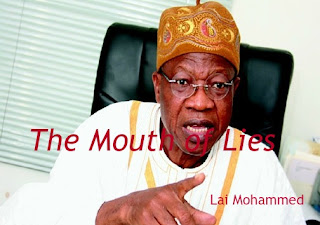 Not done with their inconsistency, Mr Lai Mohammed, Buhari’s minister of information, stated: “a total of 21 individuals and companies benefited from the ‘Dasukigate’ to the tune of N54.66 billion as we know so far.”

So, if actually Dasuki diverted $2.1 billion like the government has been propagating; why is Dasuki’s court charge sheet reading N32 billion? Where is the balance of N381.7 billion?

And if according to Lai Mohammed; Buhari’s government has established so far that Dasuki shared a total of N54.66 billion to 21 individuals and companies; why was Dasuki charged for N32 billion and where is the balance of N22.66 billion?

Moreover, who are these 21 individuals and companies that benefited from Dasukigate?

Why are the beneficiaries of the balance of N22.66 billion not being prosecuted? Perhaps, they are the usual Nigeria untouchables.

Anyway, there’s no doubt that Sambo Dasuki shared money to some individuals. But what is uncertain is the actual amount he distributed going by Nigerian government’s narratives.

In my opinion, the fact of the matter is that Sambo Dasuki distributed about N54.66 billion from his budget as the national security adviser.

Then, the fiction is that Dasuki diverted $2.1 billion meant for arms procurement.

Overall, as Adolf Hitler noted: “make the lie big, make it simple, keep saying it, and eventually they will believe it.”

I agree with Hitler’s assertion but why would anyone believe Buhari’s big lie that is full of discrepancies?
Labels: Life Politics