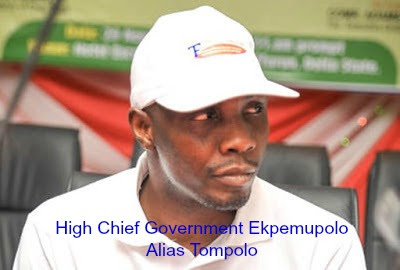 According to Oxford dictionary; court order is “a direction issued by a court or a judge requiring a person to do or not do something”. And in the case of Mr Sambo Dasuki, the court granted him bail and ordered Nigerian security agents to release him from detention upon meeting the conditions of his bail.

Mr Dasuki met his bail conditions, but the security agents refused to release him, thereby disobeying the order of the court. Mr Nnamdi Kanu, the leader of the Indigenous people of Biafra (IPOB), also suffered the same fate.

While chatting with journalists, President Buhari inferred that he ordered his security agents to disobey the court order. By doing so, the President has become the Judge, Jury and Executioner.

As usual, Buhari stoked his supporters’ anger with his government’s unending propaganda. In his thinking, Dasuki should not be freed when many people have suffered injuries as a result of his criminal actions.

However, Buhari’s supporters who don’t believe that the man from Daura is human talk-less of erring have gone to town with his message. Dasuki and Kanu should rot in jail while rule of law should go to hell, they insist.

And they forgot that an accused is deemed innocent until proven guilty by a competent court of law.

By the way, why did Buhari take Dasuki and Kanu to court if he didn’t have any intention of obeying the ruling of the court? It beggars belief.

Besides, the Nigerian constitution guarantees due process of law to every citizen.

In other words; “the Constitution prohibits all levels of government from arbitrarily or unfairly depriving individuals of their basic constitutional rights to life, liberty and property.”

Clearly, by not obeying court orders, Buhari has undermined the letters of Nigerian constitution that he swore to uphold.

And by implication, Buhari is guilty of the same offence that he accused Nnamdi Kanu of – subverting the Nigerian constitution.

However, it is agreed that the fight against corruption in Nigeria should be decisive. At the same, it ought to be fought constitutionally. The due process of law must be followed.

The resolve to self-help is a sign that President Buhari's government cannot prove its case beyond reasonable doubt in a competent court of law.

And if everyone should behave like the leader (Buhari); self-help and disobeying court orders can only lead to anarchy.

And that anarchy is what is looming in the creeks of Niger Delta. The Economic and Financial Crimes Commission (EFCC) has declared High Chief Government Ekpemupolo (Tompolo) wanted on the strength of a court order.

But, Mr Tompolo, a ‘repentant’ Niger Delta militant, seem not to be bothered by the threat of arrest by the EFCC. While being interviewed on Channels TV he bragged that he is not in hiding.

Tompolo said in addition; you can see I am here in Warri city living a normal life. That was confidence stretched too far.

But why wouldn’t somebody called Government exhibit such confidence. That was a wanted man talking live on National TV. So, where are the EFCC, Police, DSS, etc?

Furthermore, Tompolo said that he was the first to take EFCC to court but they shunned the court.

And hence, when EFCC asked the courts to compel Tompolo to appear before it, the man (Tompolo) didn’t even dignify EFCC and the court with a representative.

Notwithstanding, a few days later, oil installations in Tompolo’s domain were bombed. However, Tompolo has denied his involvement.

Whether or not it was Tompolo that set-up the bombings, what is not in doubt is the sophistication of the ammunitions involved.

Overall, why would anybody expect Tompolo to honour EFCC invitation? Will the EFCC release him if the courts say so?

Besides, Buhari and his secret police have demonstrated their desire in disobeying court order. And I doubt Tompolo will willingly surrender himself to EFCC knowing that the courts wouldn’t be obeyed.

That’s the kind of insecurity absence of rule of law can bring. When people start taking laws into their hands; the society will collapse since there’s ‘no freedom without law and order’.

Truly, President Buhari should be counselled not to start another war in the Niger Delta.

Apparently, the ‘repentance’ of the Niger Delta militants is a ruse considering the arms they brandished recently. They cannot be compared to Boko Haram’s home-made bombs.

What's more, the boys from Niger Delta are now billionaires. They are richer than before. And so, they don’t need any Niger Delta state governor to sponsor their activities.

They can even afford to buy fighter jets. Even, it was rumoured that Tompolo acquired a warship. Invariably, they are now more sophisticated and dangerous.

In all, President Buhari should endeavour to restore rule of law because; “at his best, man is the noblest of all animals; separated from law and justice he is the worst” – Aristotle.
Labels: Politics