Nigeria and the shortage of US Dollar: the way forward 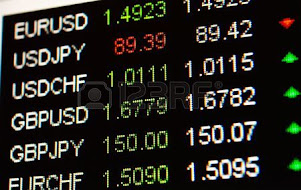 In other words, in a FOREX market, currencies are paired against each other and traded as such. Such pairings include sterling/dollar, euro/dollar, Swiss franc/dollar, sterling/euro, Japanese yen/dollar and vice versa.

The implication of these pairings is for instance, dollar may be performing badly against Euro and performing better against sterling while sterling is performing well against Euro. This is a bit complicated but the professionals understand how it works.

And so, the fact that a currency is performing better than one currency doesn’t mean that it will perform better than the whole currency in the market. One of the reasons for this scenario is that the performance of a currency is usually determined by the economic policy of its host country.

This economic policy is what is lacking in Nigeria at the moment. There is no policy direction. The Nigerian currency (Naira) is basically paired against the US dollar. The repercussion is that a transaction in Euro is first valued in US dollar without considering USD/Euro behaviour.

Besides, most of Nigeria’s trade comes from China. And there’s trade deficit between Nigeria and China (Nigeria buys more goods from China than China buys from Nigeria). But there’s a potential strength from this weakness.

As Nigeria faces shortage of Dollar, it can remedy this situation by diversifying its portfolio of currency reserves. Nigeria can renegotiate its bilateral trade agreement with China. China’s currency (Yuan Renminbi - CNY) is practically fixed against the USD. Thus, if China can fix CNY against USD it can be persuaded to fix its currency against Naira.

By pairing Naira/CNY, every trade that terminates in China would be paid in CNY and through letter of credit. This method will help to slow the demand for USD, which will in turn strengthen the Naira against Dollar. It will also check round tripping.

Round tripping in the case of Nigeria happens when a company sources USD from the central bank of Nigeria (CBN) at the official rate of $1/N198 and turn around to sell some of the money at the black market rate of $1/N320. Americans call this type of transaction "Lazy Susans" because huge profits are made from doing nothing.

How it works in practice: For example, a Nigerian company gets an Indian firm to raise a pro-forma invoice for US$100,000 to buy pharmaceutical products. But the actual value for the product is $50,000. The company applies to buy US$100,000 from the CBN, then pays the Indian firm $50,000 plus commission and sells the remaining USD at the black market rate.

This kind of illicit transaction can be difficult to dictate since the price of the consignment is individually adjusted. But this threat to the Naira can be reduced if every transaction is not domiciled in US dollar.

Pairing Naira against currencies of countries such as China and India etc. that have strong exchange control regime will reduce round tripping. At least, it will be difficult for onward transfer of funds domiciled in local currency without approval from local authorities - foreign exchange transfers from these countries are justified.

Doing something to remedy the Naira/Dollar situation in Nigeria is better than waiting and watching for the condition to correct itself. This seems to be the approach adopted by the government of President Buhari.

President Buhari has constantly said that he will not ‘devalue’ the Naira. But technically speaking, the Naira has been devalued. The value of any currency is the amount at which it can readily be purchased - $1/N320. And that’s the price most importers pay to import their goods, especially those goods that have been denied USD at the official rate of $1/N198.

Buhari and his government should start talking because financial markets don’t like government economic silence. They need information otherwise they make up their minds. Making up their minds could turn out to be a negative outlook on the country, which will now adversely affect the Naira that government is trying to defend.

In my opinion, Nigeria government should liberalise the Naira. Egypt has just done that. It will be painful in the beginning but the forces of demand and supply will separate the people’s needs from their wants.

In fact, I can say 70percent of Nigerians won’t be affected by Naira’s depreciation except pharmaceuticals, which the government can subsidise. That’s where subsidy can be applied and not on petrol. All other needs are localised; from cassava products; to yam tubers/products; to vegetables; to cow meat; etc. rice is the only food, which is now ‘staple’ that’s imported.

Moreover, in an economy there’s an alternative to everything from which we can make a choice. And the item we left for another becomes the alternative forgone (opportunity cost). So if you can’t afford an item; you buy its alternative.

However, it is the Nigerian ‘big men’ that will suffer Naira’s depreciation. They are the ones that fly to Europe and America to buy their designers wears. Now, with the liberalisation of the Naira, the ‘big men’ will learn the act of prudence. If they cannot afford their travels because tickets are expensive; they stay back. And if the airlines cannot sell their tickets for lack of demand, they cut their prices. That’s the beauty of demand and supply.

Hence, the argument by Pres Buhari that he won’t allow Naira to depreciate since Nigeria imports virtually everything from toothpick to pharmaceuticals is not foolproof. As he has identified those items that are important which can be imported at the official rate of $1/N198, so also he can allow the Naira to depreciate and subsidise those items he deemed important. He will still achieve the same result but in a very organised and corruption free manner.

In all, if he’ll not allow Naira to depreciate, then let Buhari renegotiate his bilateral trade agreement with those countries that Nigeria is in trade deficit. A threat of legislation that will take away their market share in Nigeria should be on the table.

Overall, instead of lurking Buhari should be talking.
Labels: business