OPEC and the benefit that wasn’t there 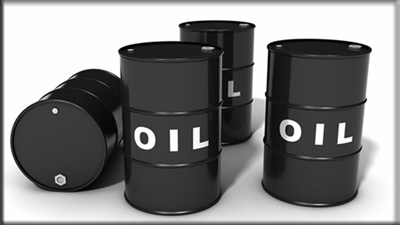 In 1951 when Iran nationalised its oil industry controlled by BP, an international embargo was placed on the country. But, in order to allow Iran’s oil back to the international market, the U.S State Department suggested that a consortium of major oil companies should be formed.

And thus, a consortium for Iran was formed, which comprised of the following major oil companies.

But, when the request by Enrico Matte, the head of Eni - Italian oil company, to join the consortium for Iran was rejected, he dubbed the 7 oil companies – the "Seven Sisters".

These Seven Sisters were Anglo-Saxon oil companies. After World War 11, they controlled oil production in the Middle East and held about 85% of world’s oil reserves. And as a well-organised cartel they were able to lord over oil producers in the Third World countries.

However, in 1960, 5 countries (Iran, Iraq, Kuwait, Saudi Arabia and Venezuela) formed the Organization of the Petroleum Exporting Countries (OPEC). Apart from securing fair and stable oil prices for their members, the other reason for the establishment of the organisation was to take on the “Seven Sisters”.

That objective, as clearly shown in their 1968 ‘Declaratory Statement’; "emphasised the inalienable right of all countries to exercise permanent sovereignty over their natural resources in the interest of their national development”. Currently, OPEC has 13 members.

Now, how does OPEC secure its definition of fair and stable oil price? They do so by simply cutting oil supply, which causes artificial scarcity and price surge. They have been carrying out this strategy over the years; but has it really worked?

The world knows that OPEC countries hardly respect their agreement on quota. Instead of their actions as a cartel, threat of war and indeed war in the Middle East cause oil price to surge.

Although cap in oil supply from OPEC do jostle the market but prices settle soon after because the market knows that the members will not keep to the restricted output. So the supposed benefit inherent in being a member of OPEC is not there in reality.

Besides, non-OPEC members who also produce oil benefit from any action that leads to higher prices. But they won’t reduce production when OPEC members are reducing theirs. In fact, it is the OPEC members that lose whenever they take actions to bolster oil prices.

For instance, there are only 13 members of OPEC out of over 100 oil producing countries. And it’s only Saudi Arabia that features out of the top 5 producers that include United States, Russia, China and Canada.

Therefore if OPEC agrees on output reduction, it is the Saudis that will lose money out of the top 5 oil producers. This is why the Saudis insist that any agreement to cut oil supply must include non-OPEC members.

As such, Saudi Arabia has accepted the weakness of OPEC's ambition that has always been there; but was beclouded by the benefit of OPEC that wasn’t there. The real achievement of OPEC as a cartel is the weakening of the “Seven Sisters”.

Moreover, President Buhari of Nigeria is still holding on to the legacy of OPEC, if there was any. He told Al-Jazeera that Nigeria will not leave OPEC considering its importance to the country in 1971 when it joined the organisation. Unfortunately, Buhari is looking backwards while the Saudis are looking forward.

As OPEC succeeded in weakening the “Seven Sisters”, there are other factors that are threatening the existence of OPEC.

For example, German largest utility company – EON made a loss of 7 billion Euros in 2015. This loss is mostly down to the shift of Germany from fossil oil to renewable energy such as SOLAR and WIND turbine.

Another factor that is threatening OPEC and oil consumption in particular is the shift to hybrid and electric cars by car manufacturers. The efforts of Tesla motors in churning out electric cars and Google’s technological ambition highlight the danger facing fossil oil.

Furthermore, there are shale oil and gas producers waiting for oil to just hit over $40 for them to start production. Moreover, the US has lifted their self imposed ban on oil exports. And US is the world’s highest oil producer.

Overall, if OPEC impacted oil supply in the past, it is apparent they don’t have such influence anymore.
Labels: business