Dressed to kill: who do you have in mind?

on April 23, 2016
Often you hear some people say; I have to dress to look good, perhaps in preparatory to attending a gathering. Hence, they embark on a spending spree. Some will buy new shoes, garments, jewellery, make-up, new underwear, etc.; others will endure another round of pains in adorning new tattoos on their bodies. Even some will buy brand new cars; all in the name of looking good.

However, the fundamental question about dressed to kill is; who are you dressing up to kill? Let’s see what some people could make out of this question.

Most women will respond that they are dressed up to look good for their husbands/boyfriends and for themselves.

Anyway, it is unlikely that a couple living together will be all dressed up while alone at home. Normally the woman dresses in her ordinary clothing – it could be her nightgown and without make-up.

The husband/boyfriend accepts her in that 'not too good-looking' appearance because she has already dressed to kill him, and that’s why he’s her man. And so, the notion that a woman dresses to look good for her man may not be obtainable here.

All the same, the man may want his woman to dress to kill while they are out together. Obviously, the woman is not dressing to kill her man in this instance but others. The satisfaction a man derives from having a well dressed wife is the compliments that come from his wife’s admirers.

When the compliments come, the man and his wife will feel on top of the world. Imagine how a couple will react if, for instance, a man is told – “if looks could kill, [your wife will] be a weapon of mass destruction” - Urban dictionary.

Clearly, the lady will be all smiles, and will respond in a soft voice – OH thank you! And in a coarse voice, the man will respond – Thank you; and both will feel good about themselves. And that’s the reward of dressed to kill – admiration from other people.

At anytime majority of humans want to be admired. They want to show that they are better than the rest. They do that by showing off their big houses, their big cars, (sometimes they post the photos on social media), their designers wears, their beautiful wives and handsome husbands etc.

Thus, if the reward for dressed to kill is admiration, then, you are neither dressing up to look good for your man/woman nor for yourself. And so, you are dressed to kill whoever that notices you.

By the way, how would anyone know that he/she is dressed to kill? I mean once you are no longer in front your mirror there’s no way you can admire that your expensive lipstick. And there’s no way a man can determine if that his expensive tie is still in shape. Your mirror now becomes whoever that notices and admires your outfit.

Besides, if you find yourself in a circle where nobody cares about how you dressed or who you are, in other words, you received no admiration; it means that you have dressed to kill nobody.

Furthermore, there are sometimes when you wonder why anyone could dress to kill by what he or she is wearing. For example, if someone spends a few hundred dollars to buy designer underwear, who on earth could that person be dressing to kill with it?

Another aspect of dressed to kill that makes no sense to me is when a Christian Pastor wears his $2000 suit to preach to his congregation. And the pastor’s congregation can’t even put a value to his suit. Moreover, his congregants can barely dress in $10 clothing.

In addition, there are some ladies who dress indecently in expensive clothing to Churches. I suppose in their minds, they've also dressed to kill just like their Pastor. But who, indeed, have they dressed to kill? Jesus I guess?

In all, the question every man/woman should answer before embarking on another spending spree towards looking good is; who are you dressing up to kill? And remember, people that matter do not impress anyone.
Life 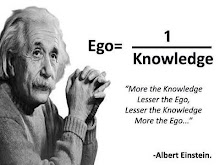