Why there is no love in the world 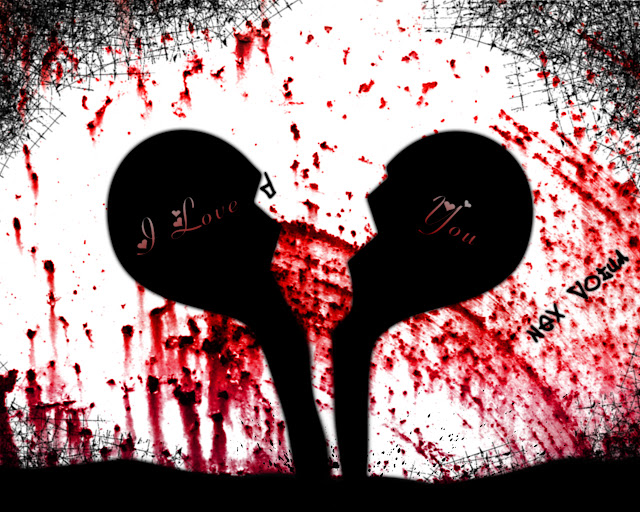 All religious organisations preach love. Call it Judaism, Hinduism, Christianity, Islam etc; they all have at least a quote in their holy books that acknowledges love.

Of particular notice is Nobel Quran (49:13), which states: "O mankind! Allah created you from a single (pair) of a male and a female, and made you into nations and tribes, that you may know each other (not that you despise each other)…”

In short, to Muslims, the above Quran verse is simply reminding them Mohammed’s instruction that they should love one another.

In addition, in Mark 12:31 Jesus went further to say that you should not only love one another but you ought to love each other as yourself – “Love your neighbour as yourself”.

In other words, you should extend how you love yourself to your neighbours. This order is presumptive that man loves himself. But, does man really love himself? The likely answer from everyone would be; yes I love myself.

A terrorist who has made up his mind to blow up himself with a bomb in order to kill others, definitely, doesn’t love himself. And thus, he cannot show love to his would victims because he hasn’t got love.

Vehicle drivers are often reminded that over speeding kills. Most times road signs prompt you to ‘kill your speed before it kills you’. But, how many people obey the over speeding instruction?

In fact, in advanced countries speed cameras are used to control over speeding. Just to prevent people from harming themselves and causing harm to others.

Apparently, those people who over speed don’t love themselves. Hence, they cannot love others as themselves by advising them against over speeding.

Other instances of one not loving himself include: There’s usually a warning on every cigarette pack that smoking kills. People still smoke.

Don’t drink and drive warning features on radio jingles and TV advertisements, yet drivers drink and drive. And in the process put themselves and other people in harm's way.

All the same, we can start making changes in our lives. But first, we must embrace the greatest love of all which, according to Whitney Houston, is learning to love ourselves.

Learning to love yourself is not about buying yourself a big house, a big car or new gadgets, etc. If it is, then you’ll need to buy those things for your neighbour in order to love him as yourself.

It is about doing the little things that matter. For example, learning how not to drink and drive. By doing so, you’ll be living by example and can advice your neighbour against driving under the influence of intoxicant. Thereby saving lives.

Overall, once you have graduated from the college of love, having majored in ‘how to love yourself’, now that you know and have love, you can share it with your neighbour. This is the true meaning of loving your neighbour as yourself.

And it is only when the inhabitants of the world truly love themselves as well as ready to share their love with their neighbours that the world will know love.
Labels: Life Religion