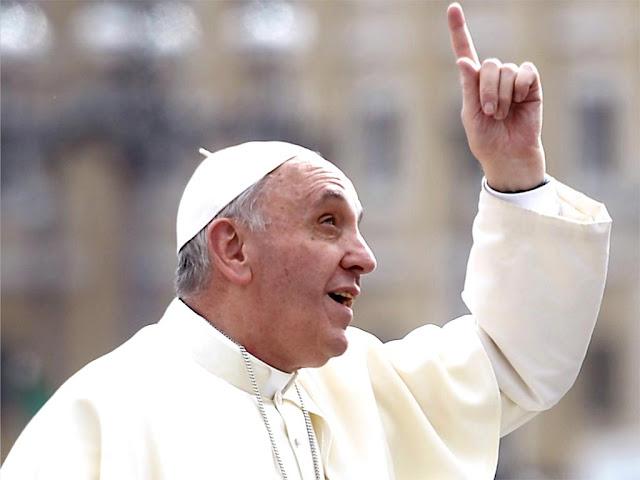 In his ‘I believe in Love’ lyrics, Don Williams stated - “I don’t believe that heaven waits for only those who congregate”. It appears that Pope Francis, while responding to an atheist, has validated Don Williams’ belief.

In his response to an enquiry from an atheist, whether the Christian God would forgive those who don’t believe in Him? Pope Francis responded “that God’s mercy has no limits if you go to him with a sincere and contrite heart.”

Furthermore, “the issue for those who do not believe in God (atheists) is to obey their conscience” he added.

But for centuries Christians have been telling everyone that the only criterion to go to heaven is to ‘accept Jesus as your Lord and personal saviour’.

Well, Pope Francis has insinuated that there’s another means to go to heaven – obey your conscience. “Sin, even for those who have no faith, exists when people disobey their conscience” Pope noted.

Every religion teaches love and against doing evil. But that doesn’t stop a man from committing evil. Everyone knows what’s good and bad.

But when a man wants to do evil, he will ignore his conscience even when it’s reminding him that he’s about committing evil. In the end if he’s caught, he blames the devil. But if he succeeds, it wasn’t the devil’s fault.

Even the words of Jesus in Matthew 7:21 appears to support Pope’s assertion ("Not everyone who says to Me, 'Lord, Lord' will enter the kingdom of heaven, but only he who does the will of My Father in heaven").

Obviously, the will of God is for a man not to commit evil. And that’s exactly what your conscience tells you every time you want to do evil – don’t do it; God doesn’t like it. If perchance you obey your conscience; you have obeyed God.

And so, we don’t have to visit a synagogue, or a Church, or a Temple, or a Shrine, or even a Mosque, etc; to learn how not to commit evil. Everyday, our conscience tells us what evil is.

Even when we are unsure, and according to ZEN BUDDHISM – “there's no need to search outside ourselves for the answers; we can find the answers in the same place that we found the questions.”

As for me I believe in God. I further accept that obeying my conscience is fundamental to believing in God. And I don’t have any plans of going to heaven as I am working hard to be part of the meek that will inherit the earth – Matthew 5:5

And for those who don’t believe in God (atheists), well, you don’t have to since Pope Francis has agreed that ‘heaven is not for only for those who congregate’. All you have to do is to ‘obey your conscience’ according to Pope Francis.

Overall, as an atheist, if you obey your conscience; you have obeyed God, which means you believe in God. By then, the meaning of atheist will be left to the students of semantics to explain.
Labels: Religion