My encounter with overzealous religious people 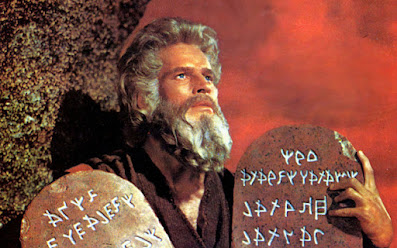 Yesterday, I somehow found myself in the midst of some religious people. A Muslim and a Pastor were arguing over who was the Prophet that Deuteronomy 18:18 referred to.

By the way, Deuteronomy 18:18 states; “I will raise them up a Prophet from among their brethren, like unto thee, and will put my words in his mouth; and he shall speak unto them all that I shall command him.” This statement was from God to Moses; according to the Bible.

In all seriousness, the Muslim guy insisted that the Prophet being referred to in that Chapter and verse was Prophet Mohammed; while it was the opinion of the Pastor that the Prophet in question was Jesus Christ.

As a man who was at different times a Christian and a Muslim, and who is now a proud adherent of Africa Indigenous Religion; I sat down there listening attentively to their argument. In fact, I have heard about this same argument between an Imam and a Bishop in South Africa.

However, I suddenly realised that whenever any of them wanted to stress a point, he looked towards me as if he was seeking permission from me to speak. And so, I became their unsolicited moderator.

As their ‘moderator’ and an unbiased one for that matter, in my opinion the Pastor didn’t have enough points to prove that the verse was referring to Jesus. But the Muslim guy picked a phrase from that verse to make his point. And that phrase was - ‘like unto thee’.

Now, the Prophet in question must be like Moses (like unto thee) according to the Muslim guy. And so Jesus couldn’t have been that Prophet because he (Jesus) was not like Moses but Prophet Mohammed was. He pointed the following comparison to buttress his point.

As I was nodding in agreement with the Muslim guy because he was merely quoting the Imam from South Africa, the Pastor turned and asked me; what is your religion? I responded, Traditional Africa Religion (TAR).

OH! The Pastor exclaimed; you need to be born again and accept Jesus as your lord and personal saviour. TAR will not lead you to anywhere.

Immediately and without showing my disgust, I asked the Pastor to tell me the difference between his religion and mine.

Before he could complete his statement that my religion belonged in the past I reminded him the basis of his argument with the Muslim guy - Deuteronomy 18:18, one of the books supposedly written by Moses – old law

Meanwhile, my TAR obeys the rules of pouring libation as directed by Moses in Numbers 28:7, another book written by Moses. The Muslim guy asked me; what does the verse say?

“And the drink offering thereof shall be the fourth part of an hin for the one lamb: in the holy place shalt thou cause the strong wine to be poured unto the LORD for a drink offering.” – Numbers 28:7

He flared up, are you accusing our Prophet of plagiarism? But the laws you claimed that Prophet Mohammed made were laws of Moses.

At that point, I decided to leave them because where there’s an angry Christian or an irritated Muslim, there must be either Crusade or Jihad. And I didn’t want to lose a limb. Moreover it was Saturday and my friends were waiting for me in a pub for a few beers.
Labels: Religion