Religious, but Unrighteous: Making a mess of religion in Nigeria 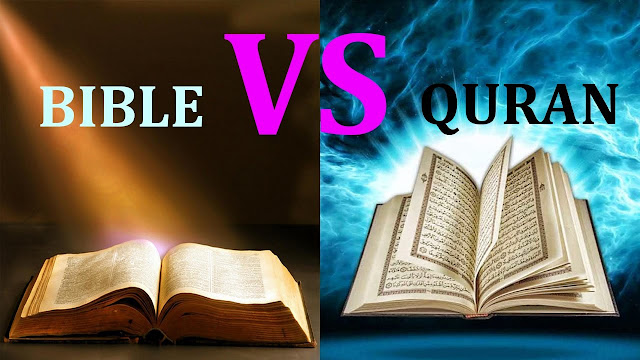 According to Quran 2:139, Prophet Mohammed (pbuh) instructed his followers to ask the people of the scripture (Jews and Christians); " [why] do you argue with us about Allah while He is our Lord and your Lord? Ours are our works and yours your works. We look to Him alone”. This is the clearest acceptance by Prophet Mohammed (pbuh) that Jews, Christians and Muslims worship the same God. If that is the case, why are they fighting each other?

The answer to the above question can be traced to their method of worship. Whereas Judaism and Islam believe in monotheism ("the belief in only one God"); Christians deviated from Isaiah 45:5 (“I am the LORD, and there is none else, there is no God beside me…”) to believe in Trinity (God in three persons). And to the extent that Jesus was God made flesh.

Though polytheism (“the belief in or worship of more than one god”) is blasphemy in Judaism, but the Jews have to tolerate Christians and their beliefs in Trinity for political reasons. Jews need allies against their historical conflicts with the Arabs, which are not about religion, but land issues. To buttress this point, Jews eat Muslim Halal meal when Kosher is unavailable; and Muslims eat Kosher when Halal is unavailable.

However, Prophet Mohammed (pbuh) said that whoever practises polytheism such as Trinity is an infidel (unbeliever). So in Quran 2:193 he commanded his followers; “and fight them until there is no more Fitnah (disbelief and worshipping of others along with Allah) and (all and every kind of) worship is for Allah (Alone)…”

Furthermore in Quran 18:26, Prophet Mohammed (pbuh) made it clear that "[Allah] maketh none to share in his government." This particular verse is the basis for the rejection of secular government by Muslims. Besides, Christians regard anyone who doesn’t accept Jesus as his lord and personal saviour as an unbeliever.

And that was the beginning of Nigeria’s problem as a secular state, together with the concept of Fitnah in Quran 2:193. Well, in order to manage the situation, Nigeria’s politicians created an informal arrangement among themselves. For every Muslim president a Christian will deputise him and vice versa.

Despite all their religiousness, righteousness has no follower amongst the Nigeria’s ruling class. Together (Muslims and Christians) they steal the commonwealth of the people, incidentally that’s the only time they forget about their religious differences.

Yet their religious books (Bible and Quran) frown at dishonesty. In fact, in Exodus 20:15 one of the Ten Commandments stated; “thou shall not steal”. And in Quran 5:38; “[As for] the thief, the male and the female, amputate their hands in recompense for what they committed as a deterrent [punishment] from Allah.”

Nevertheless, they are neither Muslims nor Christians when they want to steal from the state or when they want to share their loot. But they become Muslims or Christians as soon as they want political power. The Muslim pretender will galvanise the innocent Muslims to support his ambition. He will remind the Muslims what Quran 18:26 said - "[Allah] maketh none to share in his government."

As for the Christian pretender, he will equally remind Christians how the Nigerian Muslims want to Islamise Nigeria. And he will spur them to vote for him against the Muslim to forestall the establishment of total Sharia in Nigeria. It doesn’t matter who wins the election, the looting of public funds will resume and the people will be forgotten until the next election.

That’s how politicians used religion to destroy Nigeria and steal from the people and thereby create hunger in the country. Due to these difficulties, majority of Nigerian people no longer think for themselves. Their Pastors and Imams do the thinking for them. How I wish the Nigerian politician is religious as well as righteous.
Labels: Politics Religion