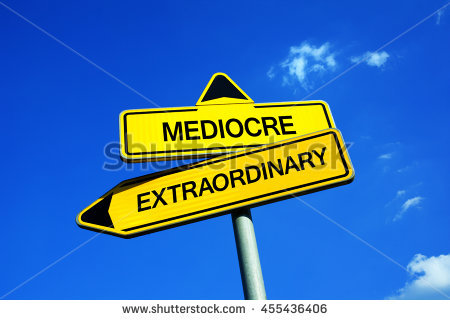 Majority of Nigerian people are brilliant. They excel in every endeavour they partake in. Be it in science and tech, medicine, literature, economics/commerce, name it; they top the crowd. Even in committing crimes, they are wonderful.

However, like in every other environment, Nigeria has its share of charlatans and mediocre. Unfortunately, in the midst of exceptional Nigerian people, mediocre governs. This minority has foisted on the people – Mediocracy (government by mediocre) in the guise of Democracy.

They (mediocre) are able to hold the country to ransom because they have what it takes to rig and win elections – money and violence. The superior minds cannot access either.

Some of them are called elder-statesmen; they are, in fact, godfathers. They appoint ministers/commissioners and other government appointees who are willing to present themselves before a Shrine to swear to an oath of allegiance to the godfathers. Including those who are ready to engage in homosexual acts with the godfather in the Sin-City called Abuja.

There are all sorts of immorality going on in Abuja – Nigeria’s capital city, including homosexuality, prostitution, devil worshipping, etc. In the presence of these immoralities, religious places (churches and mosques) are littered in every corner of the city.

Even in Aso Rock (presidential villa) they have a church and a mosque. Government officials who are Moslems go to Aso Mosque every Friday to pray, while their Christian counterparts attend Sunday service at Aso Church. Both of them pray to ‘God’, I suppose.

They even created a government department call ‘Nigeria Prays’. It is headed by General Gowon – former head of head state, an elder-statesman. I mean another mediocre. He goes around the country praying for the betterment of Nigeria, I believe. At the expense of the country.

And the more they pray in their mosques, in their churches, in Aso Rock and in every corner of Nigeria the more things get worse for the country. Is it because God doesn’t hear these prayers of what? I don’t get.

But why would things get better? Thereafter their prayers the looting of public treasury continues. They steal the funds provided to build and equip hospitals, schools and improve other infrastructures that are begging for attention, etc.

They also need to steal more money to hire and train more thugs for future elections; and to impoverish the people in order to continue to hold them hostage.

Of course, the mediocre don’t have the mental capacity to create jobs for the teaming unemployed graduates. They cannot even provide employment for themselves outside governance due to their limited sense of comprehension. They only know how to steal public funds.

Moreover, the hypocritical religious obsession of the mediocre has taken them to alter Nigeria’s school curriculum. They have merged Christian Religious Studies with Islamic Studies into one subject called ‘Religion and National Values’ (RNV), which is now a compulsory subject.

It appears they are trying to create a new religion I rather call - ChristIslam.

Maybe they want to produce more religious people who will travel to London to pray for the quick recovery of President Buhari from his undisclosed ailment.

Perhaps, the intention of these Fulani mediocre is to cunningly introduce/spread Islam to the rest of the country.

Whatever their intention is, surely, the expert knowledge of this ‘Religion and National Values’, will never produce future Mark Zuckerberg of Facebook or Larry Page of Google.

Overall, what more can I add other than to say; it is Mediocracy and not Democracy. And so, the country will continue to retrogress until when the mediocre is replaced by an exceptional Nigerian.

Until then, it is government by the mediocre and for the people – Mediocracy!
Labels: Politics Religion