There are loads of Nnamdi Kanus in Igboland; There will still be another Nnamdi Kanu after this one. 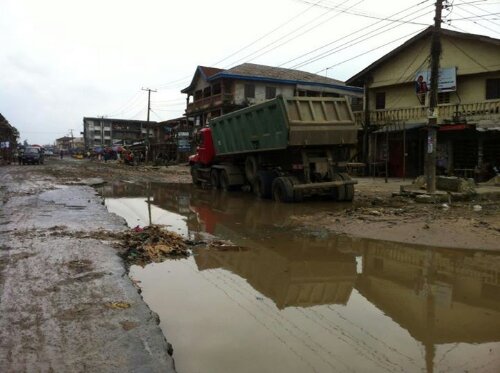 I listened to one of Nnamdi Kanu’s spiteful, but articulate interviews. He posed a question: why don’t we have good roads in Nigeria? He further stated; all it takes to have a good road is simply mixing stones (chippings) with bitumen.

We have bitumen in Nigeria – largest deposits in Ondo state, including bitumen as a petroleum by-product. There are quarries everywhere in Nigeria including at Lokpanta in Abia state, where tones of chippings are produced every hour.

It is easy for South East Governors and their fellow politicians to condemn Nnamdi Kanu, but they are the evils that created him in the first place.

I participated actively in Abia state politics between 1998 and 2001, approximately. My primary reason for involving myself in politics was to help and create a government that will look after the people. At least, I will no longer carry the welfare burden of my less privileged people – I was wrong.

After the 1999 elections in Abia state, which I contributed financially and otherwise, from Governorship down to councillorship, I was practically told that politics is a business.

And that is why politicians are unable to mix chippings with bitumen in order to construct roads. The moneys for road construction and other infrastructural development are stolen by politicians.

However, the irony of the situation is that these politicians become poor as soon as they leave government despite all the money they stole.

For instance, a former Chairman of Ikwuano LGA opened a cyber café in Umuahia after his tenure. He was ripped off by the ‘engineers’ that setup the place. When I came in he was already out of money, but I sorted out the place for him – computer networking, servicing and software installations, for free.

He was very happy and asked me, why didn’t I meet you when I was Chairman? I said to him, even if we had met and stolen all the money that belongs to Ikwuano people, this business and any other business we would have ploughed the money into wouldn’t have worked.

He asked me why I said so. Well, there are no infrastructures to support any business you want to do in Umuahia or any other part of Nigeria because you have stolen all the funds for infrastructural development.

If you had stolen 10% and invested 90% in infrastructure, then your 10% will have the roots required for growth.

The one regret I had getting involved in politics is the money I donated to these heartless politicians. It would have paid me more if I had given the money to the less privileged. Their prayers mixed with tears of joy get to God quicker unlike the prayers offered by your Pastors while peeping into your pockets.

On the other hand, prayers mixed with tears of sorrow of those whose family members die because politicians stole the money reserved for equipping hospitals, also get quickly to God. Everybody will get his reward.