Tithes Remain The Inheritance Of The Levites In Accordance With Moses Law. 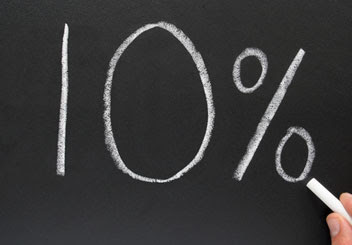 Tithe plainly means tenth. “The tenth part of agricultural produce or personal income set apart as an offering to God or for works of mercy, or the same amount regarded as an obligation or tax for the support of the church, priesthood…” – Dictionary definition.

Then, why do the present day Pastors, who claim to be following the footsteps of Jesus and themselves not Levites, collect tithes?

Their defence is usually to say that Abraham paid tithes to Melchizedek King of Salem, priest of God most high. - Genesis 14:18-20. And that God said to Jesus “…You are a priest forever, in the order of Melchizedek.” - Hebrew 5:6. In fact, Hebrew 5:6 was copied from Psalms 110:4. These verses are just where Melchizedek was mentioned in the bible.

The argument here is that even though Melchizedek wasn’t a Levite, he collected tithe from Abraham. And so, although they are not Levites, Pastors can collect tithes from their congregations being the followers of Jesus - the “Priest forever, in the order of Melchizedek” despite that the Priest forever himself (Jesus) didn’t collect tithes like Melchizedek.

Obviously in the matters of money, Pastors have decided to jump over Jesus to follow Abraham and Melchizedek, the payer and receiver of tithes. But Abraham also made animal sacrifices to God; why don’t these Pastors do likewise?

No, they won’t do that because, according to them, those Abrahamic sacrifices are no longer necessary because Jesus sacrificed himself for mankind. They jump back to Jesus to defend that.

That is why I am so disgusted with some of these Christians. They accept the Old Testament when it favours them (especially Malachi 3), and at other times they tell you; if you live by the law you will be judged by the law. That’s double standard in my opinion.

By the way, who instructed Abraham to pay his tenth to Melchizedek? It wasn’t God because it was not recorded in the Bible. Besides, it was Moses laws that made tithing mandatory to Israelites.

If you read through Genesis 14, there were so many Kings fighting themselves, but Melchizedek was not one of them. It was when the King of Sodom went to meet Abraham that Melchizedek surfaced. Melchizedek then gave Abraham bread and wine and blessed him; in return Abraham gave him “tenth of everything” (spoils of war I guess).

Now, if God didn’t ask Abraham to pay tithe, and Melchizedek didn’t demand tithe from Abraham (according to their discussion), why did Abraham freely pay the tenth to Melchizedek? It could be that it was the practice of that time to pay tax on spoils of war.

The tenth Abraham paid was a one-off. And there’s nowhere in bible that suggests Abraham paid subsequent tenth to Melchizedek or to any other person.

Thus, it is a grand deception for Pastors to rely on the “Priest forever, in the order of Melchizedek” to collect tithes. Tenths remain the inheritance of the Levites in accordance with Moses law.
Labels: Religion