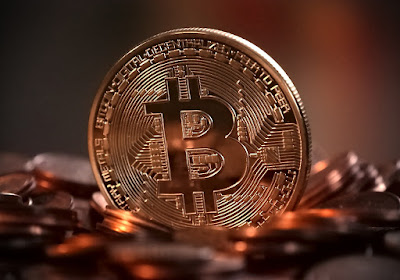 Africans, especially Nigerians like getting involved in what they don’t thoroughly understand, as long as there is money to be made.

In 2016, people from West to East and to South of the African continent got enmeshed in the Ponzi scheme created by 3 Russians; Sergey Mavrodi, Vyacheslav Mavrodi, Olga Melnikova (MMM). They promised as much as 50% monthly interest on deposits.

In particular, those in financial difficulties sold everything they could lay their hands on to muster enough deposits in order to take advantage of the unbelievable 50% interest on offer. The early birds got rewarded, which was designed to be an advertisement to gain more participants.

However, prospective depositors ignored every advice from the African Central Banks, Media, etc, and continued to pour in their deposits. At last, one early morning, MMM like how it was designed to be – the Ponzi scheme busted. African depositors lost their money, and those who couldn’t bear their losses, also lost their lives (suicide).

Now, in 2017, there’s another means of making quick money – trading BitCoin. And you can’t believe it; Africans are at it again. Everyone is buying and selling Bitcoin. But the sad aspect of it is that they don’t know the actual risks involved.

What is BitCoin?
It is a digital currency (cryptocurrency) created in 2009 by an unknown person using a pseudo name of Satoshi Nakamoto. So, why did he or she choose to remain anonymous if there isn’t something fishy about this product? This is a question that everyone getting involved in Bitcoin should ask himself. Although an Australian named Craig Wright claimed in 2016 that he created Bitcoin, yet there are still doubts to his claim.

Moreover, Bitcoins are not regulated by any of the world’s Central Bank. It is created through competition. People use computers to solve complex math puzzles. And the winner is rewarded with 12.5 Bitcoins and this is done every 10 minutes.

And so, if somebody can solve this math puzzle, would it not be near possible for a Hacker to figure out the math that created the Bitcoin in the first place. That was why it surprised me that a Nigerian government Minister recently suggested diversifying some of Nigeria's foreign reserves into Bitcoins.

In addition, the maximum number of Bitcoins to be created (mined) is 21 million coins. There are about 14 million Bitcoins already mined. Then, what happens when the remaining 7 million coins are mined is another question begging for an answer.

Though Bitcoin is referred to as a currency, but in reality it is more of an asset. This is because, in the financial system there’s no limit to the amount of money a bank can create. Each time a bank lends money; it creates money and thereby increases money supply. But Bitcoin has a limit (21 million) that will only grow in value just like an asset.

Furthermore, the big investment bankers such as Goldman Sachs, JPMorgan Chase, etc, have refused to get involved in cryptocurrency. Goldman Sachs said that Bitcoin is a vehicle used by money launderers and drug dealers to hide their funds. And that the bubble will eventually bust.

Anyway, early investors in Bitcoin are the ones smiling to the bank just like the early depositors in MMM. How it is my wish that my fellow Africans will listen and immediately stop this Bitcoin madness. Bitcoin smells like MMM!
Labels: business