Jesus: Messiah For The Gentiles? And Jehovah, The God Of Israel? 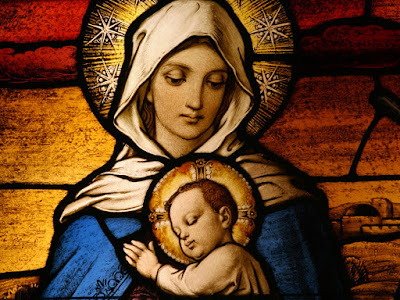 Matthew 15: 22-24
22. A Canaanite woman from that vicinity came to him, crying out, “Lord, Son of David, have mercy on me! My daughter is demon-possessed and suffering terribly.”

23. Jesus did not answer a word. So his disciples came to him and urged him, “Send her away, for she keeps crying out after us.”

From the above bible verses, it is perceptible that Jesus was sent for Israel. But the children of Israel rejected him.

Thus, I asked my Israeli friend why they didn't believe Jesus was the Messiah. He replied; Jesus didn't meet the criteria for a Messiah.

According to him, the Messiah was supposed to come and rescue Jerusalem from the Romans, thereafter restore its kingdom.

But that didn't happen, rather Jesus the Messiah was killed. If Jesus was the Messiah, he wouldn't have died before restoring Jerusalem.

In fact, Jesus was the creation of the Romans, Caesar's Messiah. He was the Gentiles' Messiah who came to die in order to come back.

He, therefore, challenged me to show him anywhere it is written in the Bible that the Messiah will come, die and come again.

Emphatically, it is written nowhere in the Bible. That shows that the Messiah is yet to come, he added.

I said to him, but Christians and Moslems believe Jesus was the Messiah and that he will surely come back. I didn't say Jesus wasn't their Messiah, he responded. But he wasn't the Messiah Israel was waiting for.

Are you suggesting that Jesus was Gentiles' Messiah? That's what it seems, he responded. And in respect to Israel's expectation - the Messiah is yet to come.

Obviously, when the Romans couldn't persuade Israelis to accept Jesus as a Messiah, they repackaged the message to the Gentiles.

They found a capable Pharisee (Apostle Paul) who in-turn claimed that Jesus appeared to him, on his way to Damascus, with the instruction to minister to the Gentiles.

Surprisingly, that was the same Jesus who didn't want to have anything to do with Gentiles while on earth (the Canaanite woman as an example). Even his disciples were all Israelis.

It appears that Jesus got to 'heaven' and realised that Gentiles should also be saved. Hmm!!! And so, he appointed Paul to go and save the Gentiles, though Paul had wanted to minister to the children of Israel.

Thereafter, Jesus became the Messiah for the rest of the world, against his statement; “I was sent only to the lost sheep of Israel.”

In the end, both the Gentiles and the children of Israel are apparently waiting for a Messiah. Nobody knows if there will be 2 Messiahs or just one Messiah for the Jews and the Gentiles.

Moreover, the repackaged Messiah for the Gentiles (Jesus) became their God, their Lord and their personal saviour who is now a white man.

And according to Africans, who are mainly the victims of this deception, the God of Israel became the God they serve.

Meanwhile that God of Israel, as written in the Jewish scriptures, has chosen his own people, his own children; the sons and daughters of Israel.

Then, where does that leave my African brothers and sisters who have chosen to serve the God of Israel, while waiting for the second coming of the Messiah?

Your guess is as good as mine.

Happy birthday to Jesus, assuming he was born on the 25th of December.
Labels: Politics Religion