Technically, 2019 Election Will Be The Easiest Time To Become The President Of Nigeria 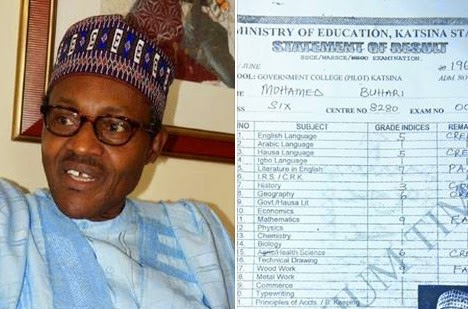 And I believe Buhari knows very well that he will lose a free and fair presidential election in 2019. But as someone who is obsessed with Goodluck Jonathan, Buhari wouldn't mind becoming the second incumbent president to lose an election in Nigeria.

In the 2015 presidential election, which Jonathan lost, he could have pursued the matter through the courts since he knew that Buhari didn't fulfil some aspects of the Electoral Act.

Especially the section that mandated every candidate to submit documentary evidence of obtaining the minimum educational requirement, which is attempted secondary school certificate. But Mr Jonathan left the scene to avoid conflicts, according to him.

All the same, if the contest eventually narrows down to Buhari vs. Atiku Abubakar, Buhari should know that Atiku knows how to approach the courts.

Surely, Jonathan and PDP, including Chief Obasanjo, Chief Danjuma and Buhari's other senior colleagues in the military, know that Buhari doesn't have school certificate.

Chiefs Obasanjo and Jonathan in particular, as former presidents must have received verification from West African Examination Council (WAEC) that Mr Buhari doesn’t have school certificate.

In fact, if Buhari insists on contesting the 2019 presidential election by winning his party's nomination, 2019 will be the year anyone can easily become a Nigeria’s president.
Labels: Politics