“…People Will Never Forget How You Made Them Feel” – Maya Angelou 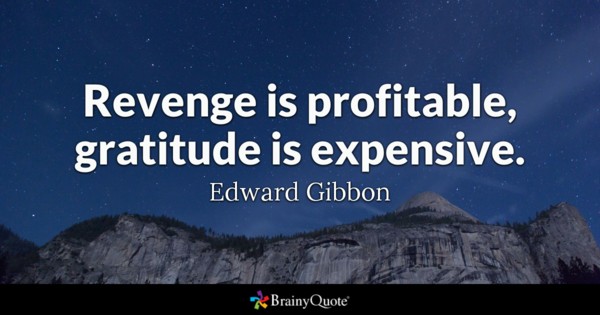 Though I am not a conformist, but I like reading the bible and other religious scriptures. Even those books written by philosophers, scientists, metaphysicians, etc. Each of these books, especially the Christian bible, I consider a book of wisdom. I get to know the world better each time I read a chapter of any of the books.

So, once I read Luke 6:38, which quoted Jesus: “give, and it will be given to you. A good measure, pressed down, shaken together and running over, will be poured into your lap. For with the measure you use, it will be measured to you."

The above statement will remake the world if it could be practiced by over 2.5 billion Christians, which is about 30% of the world population. When people start sharing possessions, it will equal to sharing love, which will eventually wipe out evil.

Just imagine what the world will become if a person with 2 coats gives another person 1 as instructed by the bible. And perhaps, the person that received the coat may have two shirts and in turn gives his extra shirt to the person that gave him his extra coat.

Unfortunately, capitalism rules the world. It is the winner takes all. Nobody is ready to share with his neighbour. In fact, if you want to know where capitalism came from; read Matthew 13:12 – “whoever has will be given more, and they will have an abundance. Whoever does not have, even what they have will be taken from them.”

As a result, the world is more of survival of the fittest – jungle life if I may add. A world where the poor lives at the mercy of the rich. Not that the poor expects protection from the rich, but as Dalai Lama puts it, “our prime purpose in this life is to help others. And if you can't help them, at least don't hurt them.”

Regrettably, Dalai Lama is on his own. The poor is hurt daily, from the US to the middle east to south America to Africa. In fact, in Nigeria villagers are massacred if a cow belonging to a Fulani big-man, such as Presidential Buhari, is killed. That’s capitalism at work. People rather die than for a capitalist to lose his assets.

If you do good don’t expect anything in return because gratitude is a burden. Besides, most people don’t want to be reminded of their past, especially if their past was humbling.

So, seeing those who liberated them when things were hard would be reminding them of their past. People only pretend to have forgotten the good they received from others, but in reality, they have not forgotten the way you made them feel.

On the other hand, if you do evil to someone, expect evil in return at the right time because revenge is a pleasure. The injured person may pretend to have forgotten, especially if he is still vulnerable. But be assured that at the right time, he will remind you that he has not forgotten how you made him feel.

In all, it is injury that is often repaid, because, according to Tacitus “Men are more ready to repay an injury than a benefit, because gratitude is a burden and revenge a pleasure”.

Despite whether you return good for good, good for evil, evil for evil or evil for good, something remains constant; “…people will never forget how you made them feel.”
Labels: Life