When It Is Convenient To Use Bible Verses to Commit Evil 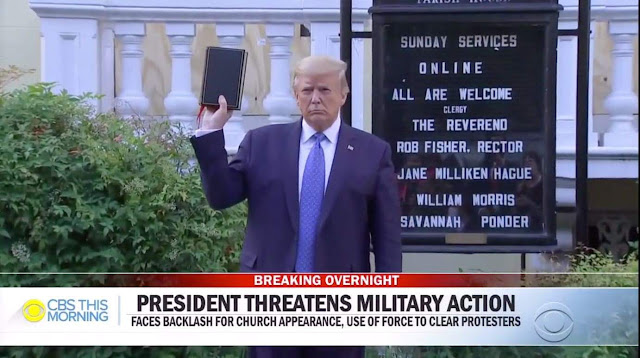 [Well] there are those verses even some of the most literal readers of the Bible ignore because they are just too inconvenient. Take Luke 18:22: "Sell everything you have and give to the poor, and you will have treasure in heaven. Then come, follow me." No Christian will ever follow this injunction. It is too inconvenient.

But there are times when it is very convenient to use bible verses to commit evil such as the following.

A subversive on slavery:
Ephesians 6:5: "Slaves, obey your earthly masters with respect and fear, and with sincerity of heart, just as you would obey Christ."

The late mystic and theologian Howard Thurman was raised by his grandmother, who was born a slave and couldn't read. It fell to him to read her the Bible. But she would not allow him to read anything from Paul.

It took him years, but one day he finally asked her why. She told him her master's minister would occasionally hold services for the slaves and always quoted from Paul.

"At least three or four times a year he used as a text: 'Slaves be obedient to them that are your masters.' Then he would go on to show how it was God's will that we were slaves and how, if we were good and happy slaves, God would bless us."

Virtually no one misuses Paul's letter to the Ephesians to justify slavery anymore, but for centuries it was used in America to justify the enslavement of African people.