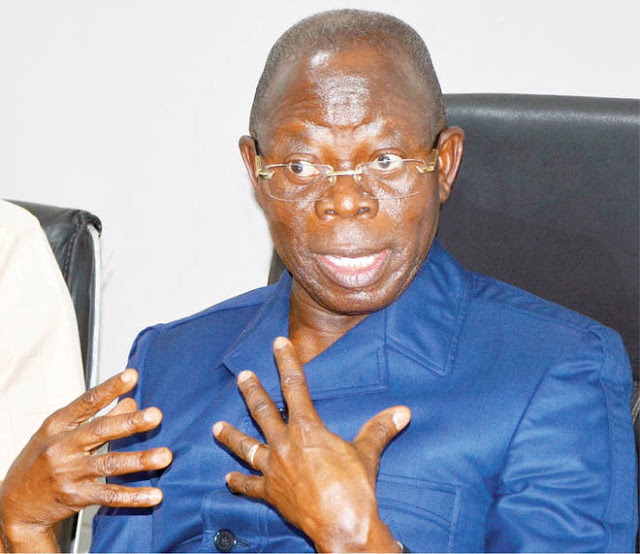 Adams Oshiomhole (APC Chairman): “only people who can accept the pain of rigging; sorry defeat, should participate in elections.”

The freedom to choose our leaders is a beauty of democracy. In the absence of this basic tenet of democracy, what you have is autocracy.

Hence, if a Nigerian politician and his political party know that the electorate will vote them out of power for non-performance, they will work for the people.

But if they know, however they perform in governance, that their political party in power will rig the election for them, they will remain unaccountable to the people.

Furthermore, a functional democracy can effectively minimise corruption. And so, citizens’ votes can be a veritable tool of fighting corruption in Nigeria. Thus, a corrupt administration can easily be voted out.

Therefore, if the electorates know that their votes can enforce government performance, and reduce corruption in the system, they will not sell their votes.

However, the electorates sell their votes because they know that their votes will not count. And that the election will always be rigged.

By the way, in Osun state, APC have been in power for 8 years. During this period, the APC governor (Rauf Aregbesola) owes 34 months salaries to civil servants.

The total debt of the state is reported to be about 143.6 billion naira – 400 million USD. And there are no infrastructures, minimal or nothing whatsoever to justify the huge debt.

Yet, on 27/09/2018, after concluding the inconclusive Osun state gubernatorial election, the Independent National Electoral Commission (INEC) declared the APC candidate, the winner of the election.

The adverse effect of non-payment of salaries is that traders will not sell, schools will have low turnouts and the proprietors will lose income, etc. When this is the case, the economy will contract, and that explains the huge debt of the state.

In all these economic hardships, INEC told Nigeria and the whole world that majority of Osun state residents chose to remain in abject poverty by returning APC to power.

If this is case, then most of Osun state residents are morons. All the same, It beats democratic logic, and I don’t believe Osun people are morons.

But if the residents of Osun state were denied the freedom to choose their leader, then INEC officials and their cohorts are the morons.

And all those people who support the present rape of democracy in Nigeria by APC because PDP rigged in the past, are equally morons.

APC said they came to change PDP’s 16 years misrule, which include rigging. Perhaps, APC meant that they have advanced method of misruling Nigeria.

Finally, the biggest moron in this whole charade is Adams Oshiomhole (APC Chairman). During his press conference regarding the Osun election, on video; he inadvertently acknowledged that APC rigged the Osun state election.

Listen to Adams Oshiomhole; “only people who can accept the pain of rigging... should participate in elections.”  Pathetic!