What Happens When A Sleeping Economic Giant Wakes Up? 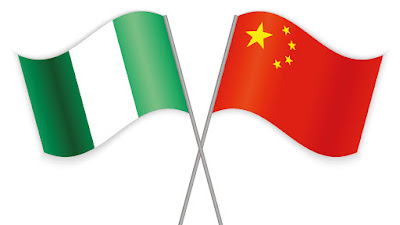 Once upon a time there was a country that couldn’t feed its population, over a billion people. This country’s inhabitants were ingenious, waiting for the freedom to exhibit their creativity.

In communism people don’t own businesses or properties, the government owns everything while her people share the created wealth according to their needs. This system discourages competition and lowers morale.

Somehow the communist China decided to change the system. They embraced capitalism while retaining their communist party. Now, Chinese people can own businesses, properties, etc. They have unleashed their creativity from manufacturing to technology, the reason being that they have been given the freedom to express themselves.

The result of this market economy is that Chinese economy is only second to United States of America, which has been practicing capitalism all her existence. That’s what happens when a sleeping economic giant wakes up.

Likewise, there’s a sleeping economic giant in Africa. This country was rich when China couldn’t feed her population. Today China is feeding and subsiding this country. The inhabitants of this country are resourceful but cannot express themselves. They are constrained by the type of government as well as the economic system they embraced. This country is Nigeria, the government is unitary system masked as federalism.

Besides, in unitary system the central government is supreme. The system creates strong rulers instead of strong institutions. The strong rulers are not held accountable to their actions and so, all sorts of corruption (nepotism in particular) becomes the order of the day.

The strong ruler uses economic partiality to punish any part of the country that refuses to massage his ego.

For instance, other parts of Nigeria want to maintain the unitary system of government, but Igbo people of south east Nigeria believe in market economy because it is the only system that can promote their ingenuity. And so, they are marginalised economically by successive central government of Nigeria to whip them into line with others.

In fact, the more they work hard to limit the creativity of Igbo people, the more Nigeria will record lower Gross Domestic Product (GDP). China recognised that creativity grows GDP, and thus, they liberalised their economy – market economy.

And so, in the just held (23/02/2019) Nigeria’s presidential election, Nigerians were faced with a choice between two divergent presidential candidates – president Buhari (incumbent) and Atiku Abubakar.

Atiku presented his economic blueprint based on market economy, including privatising government held assets, and most especially NNPC (national oil company), which is the home of corruption. On the other hand, president Buhari presented nothing. Rather he said that he will continue to fight corruption, grow the economy and improve security.

It is evident that the 3 points noted above have deteriorated since he assumed office in 2015, and this time he didn’t say how he will alleviate those problems.

As we continue to wait for the sleeping African economic giant to wake up, I wonder when that would be?
Labels: business Politics