Suddenly, a very loud trumpet sounded. The bones of the dead started rising from their graves and humanity started running helter-skelter. 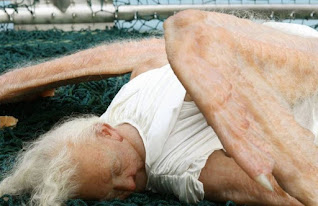 A certain man stopped and asked; what is happening? An over confident Christian-man replied; Jesus has come to judge the dead and the living.

Soon after, a long queue was formed towards a cloudy direction where Jesus was supposedly sitting on his throne judging the people.
A man behind me in hysteria asked; where is my son?
A huge white-man replied him in a deep voice: there are no children or wives or family members here, everybody is on his/her own.

I nearly collapsed hearing the white-man’s assertion. He noticed my discomfort and told me in his usual voice: neither will you die until you have been judged by the Lord.

Then, I observed that I have a striking resemblance with the old man standing in front of me. This man could be one of my forefathers, I reasoned.
But since the white-man said that everybody is on his own; I decided not to engage the old man.

Thereafter, it was the old man’s turn to face Jesus and the following dialogue ensued between them:
Jesus: what’s your name?
Old man: and who are you?
Jesus: your lord and personal saviour that Christians told you about - the son of God who came from heaven to die for your sins.
Old man: I never heard of you; did you come to Igbo-land in West Africa?
Jesus: No, but some messengers are spreading the message over there.
Old man: by the way, when did you say that you came down from heaven?
Jesus: over 2000 years ago
Old man: and I was dead over 3000 years ago, thus, could you have died for the sins of a man who lived before you?
Jesus: and that was why I asked for your name to check if you will be judged at my gate or at the gate meant for the people that lived by the law.
Old man: Okay; my name is UKABI (immediately I heard his name I shouted; that’s my forefather. But I became quiet when Jesus looked at me like – what's wrong with you?)
Jesus: your name is not on my list. Now, proceed to the other gate where you will be judged by the law.

Even in this moment, I am living by the law and I want to be judged by the law according to what Christians have been saying.
In addition, we live in a democracy, which ensures freedom of association/religion. And so, I practised the religion of my forefathers.
Jesus: Okay; proceed

As I walked off, I heard Jesus telling other Angels; they are Igbo people; they always think that they know it all, but he’ll be sent back here because agaracha (perambulator) must come back.

Anyway, at the other gate, Moses was the judge and another dialogue ensued between him and my Forefather.
Moses: what’s your name?
Forefather: and who are you?
Moses: listen; I am not going to entertain any mischief from you. I have been told about your stubborn behaviour towards Jesus at his gate.
Remember, the law here is an eye for an eye, etc. so, if you mess with me I'll pluck off your eye.

Bear in mind that God gave me His laws on Mount Sinai and since you chose to live by that law you must respond to all my questions. Now, let me have your name.
Forefather: which law are you talking about that God gave to you? Do you mean those laws that existed in Egypt before you were born there? You cannot intimidate me. 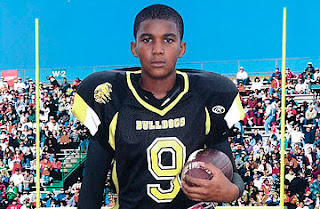 Moreover, at Jesus' gate, I heard some young Africans complaining that Jesus and the jury (Angels) are all whites.
And they said that Africans don’t usually receive favourable judgement when the jury are all whites.
They mentioned the case of Trevor Martin whose white killer was acquitted by all whites jury.

Now, all the angels here are all Caucasians, Moses is white, Joshua etc are all whites.
Where are the black angels, Chinese, Indians etc. why are there no angels from amongst these groups? I will not allow you to judge me because it is apparent you won’t give me a fair trial.

By the way, the law you want to judge me by are African laws. And it is reasonable to assume that the person that owns the law ought to know the law better than a person that copied it.
Hence, I will only submit to an African Judge because he’ll judge me fairly according to the rules.

All the same, I couldn’t be more proud of my forefather; I was hailing him aloud and urging him to continue showing his fearlessness until I heard daddy, daddy, daddy, and daddy! I jumped from my bed. It was my son; he said daddy I want to show you, on the TV, the costume you’ll buy for me for Halloween.

Damn; I was in a dream. Thank God it’s Halloween even though my mind played tricks on me - apologies to Geto Boys.
Labels: Life Religion