Owl: A Satanic Bird or A Beautiful Bird? 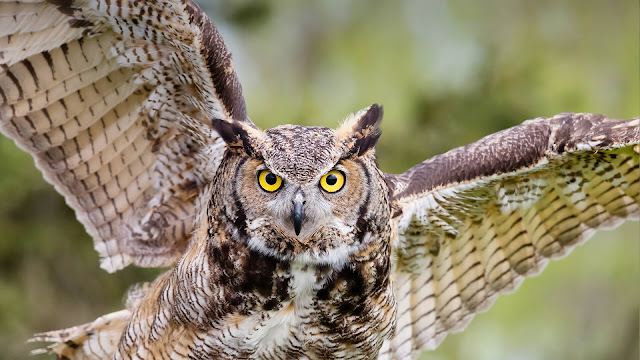 Africans and Igbo people of west Africa in particular, believe that Owls are satanic birds. The main reason why they have this belief, in my opinion, is because Owls operate at nights. Moreover, the sight of a bird that can turn its neck 270 degrees, can be very scary.

Although Owls can see in daylight, but they operate at nights because their vision is clearer in low lights. As birds of prey, which feed on small animals, they hunt at nights when their targets will be sleepy or at sleep. Besides, Owls have exceptional feathers that make less noise when flying at night. This equally makes hunting easier.

Furthermore, Owls have big eyes without eyeballs. Their eyes cannot turn in their sockets because it is shaped like a tube. Hence, when they want to look around, they turn their neck up to 270 degrees without moving their shoulders. Going by these explanations, we can assume that the fears associated with Owls are unfounded.

Nevertheless, the belief that Owls are satanic may be somewhat real. It is generally accepted that when Owls hoot (cry as Africans say) indicates a bad omen. Typically, someone will die as a result. So, whenever an Owl is heard, a burning firewood is thrown toward it. The flashlight will usually make the Owl to fly away.

But the Owl has a response to this aggression toward it. According to Igbo adage, the Owl complains that it is not an agent of death. The Owl says, in truth, that it is only doing humans a favor. That it only conveys to humans what it hears or sees from the spirits. Unfortunately, its reward is to be chased away with a burning firewood.

Well, Africans are having none of that. Their response to the Owl is; we don’t want to hear from you. Anytime you cry at night somebody dies thereafter. Whether you heard from the spirits or the spirits sent you, we hold you responsible.

By the way, shouldn’t the Owl be given the benefit of the doubt? By having urgent medical checkups whenever Africans hear the Owl, perhaps, in this way, the death will be avoided, and the Owl will be vindicated. Until then, the war between Africans and Owls continues.

However, in Europe Owls are beautiful birds. And most Europeans, especially British people keep Owls as pets. The habit became rampant after Harry Porter. But as a bird of prey, keeping an Owl as a pet is time consuming and financially demanding. So, the demand for Owls as pets have reduced drastically.

Anyway, two days ago I drove pass a farm near Barnet village in Greater London, UK. I saw an advertisement – Owls for sale. I took the telephone number and made some enquiries – the Owls cost about $1,000 each. What? $1,000 for a bird that Africans kill every day for hooting (crying). One man’s meat is truly another man’s poison!

Just imagine how different cultures perceive this bird called OWL. In Africa, it is an agent death while it is a beautiful bird in Europe.

Well, I think I must buy an Owl and keep in my house in Africa. Africans fear everything they don’t understand. With the Owl there, nobody will come to my house. People will probably call me a satanic man with a satanic bird. Some others will say; now we know why he’s not a Christian – evil man.

It doesn’t matter what they think of me, the end justifies the means. At least, I will be a freeman. Free from Boko Haram, Fulani Herdsmen, Armed robbers, etc. None of them will venture into the house of a satanic man with a satanic bird.

In all, I will be free until Africans realize that Owls may be beautiful birds that are created to operate at nights. After all, Owls may not be agents of death as we believe.
Labels: Life Religion