Americans will go to the polls to choose a new president on 03/Nov/2020. The contest is between Donald Trump and Joe Biden. Mr Trump is seeking a 2nd term in office. 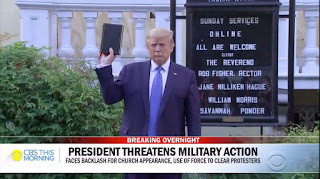 Politics is all about interest. The US is the leader of the free world, therefore the outcome of the presidential election will have an impact on our lives. So, everybody and every country must lean towards the candidate that would protect their interests.
In America, issues such as Racism, Economy, Coronavirus, immigration, climate change, etc. will determine how Americans will vote. Each of these issues directly affects the wellbeing of the electorate.

Mr Kim Jun Un of North Korea will likely be rooting for the re-election of Mr Trump. In Trump he has a ‘lover’ who is ready to tolerate his unrestrained behaviour.

President Putin of Russia, apparently, is no longer interested in Trump. What he expected while supporting Mr Trump in 2016 wasn’t what he got from him thereafter.
Few weeks ago, Putin gave what seemed like a silent support for Joe Biden. Putin told reporters that there’s no evidence that Hunter Biden (Biden’s son) conducted fraudulent dealings in Ukraine. Thereby contradicting Trumps accusation that Hunter Bidden committed fraud in Ukraine.
China, obviously, wouldn’t want to see Trump back at the White House. President Xi of China wants free trade and has been having a running battle with Trump regarding trade agreement.
EU countries are interested in free market. And the NATO members amongst the EU are concerned about the deteriorating nature of the alliance caused by Trump’s lack of interest. Nevertheless, Donald Trump is against Free trade.
By the way, free trade is an international trade without ‘tariffs, quotas, or other restrictions.’ And it is why America blocked the emergence of Ngozi Okonjo-Iweala as the DG of the World Trade Organisation (WTO).
Okonjo-Iweala is a liberal economist who believes in open market/free trade, which she pursued as the MD of the World bank. Trump knows about this background.
Joe Biden is committed to free trade, and that suggests where the Europeans have hedged their bets. But they will never say it openly.
But what are the interests of Africa and its citizens in this US presidential election? Let’s consider the interests of Nigeria - the acclaimed giant of Africa.
Nigerian government of today is unseen and unheard. It is hard to gauge what the regime of Buhari expects from the president of the free world.
However, Nigerian citizens have been vocal with their preference between Trump and Biden. Mr Trump is their choice. If their votes would count, Trump would have already won the election.
But why do they support Trump?

- Christianity
Their argument is that Trump is their new lord and personal saviour who was sent from heaven to protect Christians. In addition, that Trump has authorised that Christian prayers are said at the White House before the commencement of government activities.

Ignorance is bliss. America is a secular state. It has no official religion. Religion is a private matter in the USA. Since the US has no state religion as enshrined in their constitution, Trump could not have authorised Christian prayers at the White House. FALSE

- Biafra
The other set of ill-informed supporters of Trump in Nigeria are the members of IPOB. These people are particularly militant about their support for Trump. In fact, they are expecting Trump to give them Biafra by December 2020. This is nothing but Chimera.
I doubt that Trump has ever heard of a IPOB operating in a ‘shithole’ country like Nigeria, under a lifeless president called Muhammadu Buhari. Trump has no interest in Africa talk less of Biafra.
If President Trump has interest in Biafra, he would have known that Okonjo-Iweala is more Biafran than those propagating Biafra. Okonjo’s Father was a Biafran soldiers.
Ngozi Okonjo-Iweala as a teenage girl, together with her mother, cooked for Biafran soldiers. That was her own account of the Biafran war. And therefore, Trump would have supported Okonjo’s WTO bid.
Besides, can anyone tell me how the protection of Christians would add a cup of garri to the meal of Trump’s supporters in Nigeria?
Just imagine for a second the benefit of not paying any tariff for goods imported into Nigeria. Which is beneficial to people, free trade or free Christianity?
My people prefer the candidate who will protect their religion than the one who will add value to their lives. And the later is what the rest of the world is seeking for their citizens.
Meanwhile, most Nigerians who live in Europe and America are against Trump because of his perceived racism. And he has not hidden his romance with the white supremacists, either.
Unfortunately, our preoccupation in Africa is Christianity while chasing Biafra illusion in Nigeria. Until we Africans emancipate ourselves from religious (Christianity) bondage, our future will continue to look bleak.
Between Trump and Biden, only Americans will decide.
Labels: Politics