The first time the term “born again” was mentioned in the bible was during the dialogue between Jesus and a Pharisee named Nicodemus – John 3.
Nicodemus came to Jesus at night and called him a teacher (and not a son of God), and said to him, you must come from God otherwise you won’t be performing all these signs.
Jesus responded, “…no one can see the kingdom of God unless they are born again”. Note: Jesus didn’t say unless they are born-again Christian. 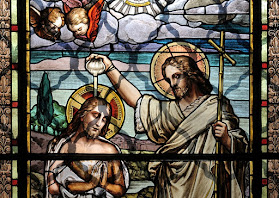 Now, Nicodemus thinking literally queried the possibility for a man to be born twice. Jesus responded, “…no one can enter the kingdom of God unless he is born of water and the Spirit.”
That is, a born again is someone who is born of water and the spirit. This plainly means baptism - the forgiveness of sin.
Baptism itself predated John the Baptist. The 3rd Jewish sect – the Essenes (after the Pharisees and the Sadducees) used baptism in their monastery as a form of ritual cleansing at Qumran near Jordan wilderness.
Some bible scholars believe that John the Baptist being around there at the time copied the practice of baptism from the Essenes.
The point here is that baptism is a form of cleansing which is performed by the symbolic washing of an individual with water.
And so, when Jesus asked to be baptised, John was reluctant. If baptism is the washing away of sin, what sin did Jesus (the son of God) have? Jesus was baptised, anyway.
Apparently, you don’t have to be a former sinner to become a born-again, if Jesus, without blemish, was baptised (born again).
Moreover, the old generation churches like the Methodist Church, Anglican, Catholic, etc baptise infants who I’d rather call blemish.
As for Nicodemus – being one of the Pharisees Jesus called hypocrites, perhaps Jesus was indirectly telling him to repent from the sin of hypocrisy.
That takes me to another Pharisee named Saul of Tarsus, a murderer, who was converted on his way to Damascus to kill more people.
As directed by God, Ananias placed his hands upon Saul, “immediately, something like scales fell from Saul’s eyes, and he could see again. He got up and was baptized,” - Acts 9:18.
Saul was later renamed Paul because he became a born-again. Obviously, the name - Saul was associated with evil and needed to be changed.
Going by the murderous story of Paul and how he became a born again, all sorts of miscreants parade themselves today as born-again. They will open a church or join one and become pastors.
The women among these imposters will tell you how they were prostitutes before God arrested them like he arrested Paul. They will start preaching to other women that prostitution is a sin against God. The same women who knew before her that God detest prostitution.
The men among these miscreants Pastors will tell who cares to listen how they were armed robbers who killed people before they were arrested by God like Paul.
They now want to tell you how to obey “thou shall not kill.” The same law that you have been obeying before they became born-again.
If you appear sceptical because of their former life style, they will remind you what Paul said in 2 Corinthians 5:17, “...if anyone is in Christ, he is a new creation; old things have passed away; behold, all things have become new.”
This is the new definition of born-again with the inclusion of Christian = born-again Christian.
Therefore, I say to you, never lower your guard whenever you hear 2 Corinthians 5:17. If you believe that, you are doing so at your own peril. An evil man is an evil man.
An evil man has evil in his DNA. If a man's DNA cannot be changed, how do you expect the same man to change from his evil ways?
In fact, when an evil man tells you that he is a born-again, he is indirectly telling you that he has found a new way of perpetuating evil.
When someone passes through the rituals of cleansing, does that guarantee perfection? I don’t think so after all Judas was baptised and born-again.
Rather believe –
"And no one puts new wine into old wineskins. Otherwise, the wine will burst the skins, and the wine is lost as well as the skins. No, new wine is put into fresh wineskins." - Mark 2:22
Hence, if new wine and old wineskins are incompatible, my brethren, use your tongue to count your teeth. Remember, “Old Habits Die Hard”.
There may be some who have changed from their evil ways, but remember, even when you cure a mad man, his little chats will still be heard.
As such, those people who added Christian to born-again are those to beware of and remember Romans 3:23 – “For all have sinned and come short of the glory of God”.
~ liberate your mind
Labels: Religion