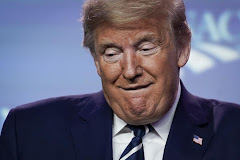 In 2008, when a 47-year-old Barak Obama of Kenyan-African descent was elected the president of United States Of America (USA), the conspiracy theory then was that Obama was/is a member of Freemason and Illuminati.
Then, in 2016, the opinion polls heavily projected Hilary Clinton to win the US presidential election against Donald Trump. But, against all odds, Donald Trump won the election.
The reason for Trump’s victory wasn’t attributed to him being a member of Freemason and/or Illuminati. Rather, the media and Pollsters went back to work to find out why they got the opinion polls wrong.
All the same, the opinion polls of 2020 US presidential election predicted that Joe Biden would win the election. The Pollsters got it right this time. As predicted, Donald Trump lost the election.
In the previous elections, the scrutiny would be how the presidential election was won. But in 2020 election, Mr Trump has presented his “counterfactual thinking” why Mr Biden didn’t win the election.
In the words of President Donald J. Trump, the ‘Deep State’ rigged the election in favour of Mr Biden. Now, it seems Mr Biden won the election without being a member of the Freemason and/or Illuminati.
By the way, a Deep State is “a type of governance made up of potentially secret and unauthorised networks of power operating independently of a state’s political leadership in pursuit of their own agenda and goals.” – Wikipedia
The above description sounds familiar to the objective of Freemason and Illuminati. Hence, it will be reasonable to assume that these ‘secret societies’ are members of the Deep State, if they exist.
But why didn’t this Deep State stop Donald Trump in 2016? Some people, perhaps, would argue that the Deep State didn’t know that Donald Trump would not allow them to control his government.
And President Donald Trump has not said if some people tried to control his government. If the Deep State didn’t try to hijack his government, why would they now want to work against his re-election?
If, at all, there was a conspiracy against the re-election of Donald Trump, that would be the emergence of coronavirus from China. The timing was perfect.
Covid-19 started in Wuhan, China in November 2019 targeting the 3/Nov/2020 US presidential election, supposedly. A complete year's preparation to damage Trump's re-election campaign.
Strong American economy including low unemployment rate were Trump’s game-changer going for re-election. But as soon as the virus birthed fully in America, the economy fell apart.
The pandemic caused Americans to lose their jobs and their lives at the same time. Unfortunately, Trump couldn’t control the virus.
The US Democratic party, on the other hand, saw a clear part of defeating Donald Trump. They encouraged their supporters to cast early votes through the post.
Those African Americans in Philadelphia, PA and Detroit, MI etc, who rarely go out to vote voted earlier and through the post.
Meanwhile, Donald Trump was busy trying to stifle the postal electoral process. When that was working, his second option was to use the Supreme court to reject the postal votes.
And so, he discouraged his own supporters from voting earlier, and through the post. Now we know that the US Supreme Court was never interested in Trump’s scheming.
Moreover, other things that worked against Trump’s re-election included the McCain factor in Arizona and Stacy Abram of Georgia. These are traditional Republican states.
We still remember Trump’s vilification of Senator John McCain even in death. His widow (Cindy) never forgot. She endorsed Joe Biden and the rest, as they say, is history.
Stacy Abram narrowly lost Georgia’s gubernatorial election in 2018. She started mass voter’s registration amongst black people when it was clear to her that Georgia can turn from red to blue. And it did.
Finally, neither Freemason, Illuminati nor Deep State derailed President Trump’s second term bid, but if we are to believe any conspiracy theory, it must be the China virus conspiracy that robbed Donald Trump of his second term bid.
Simply put it this way, Coronavirus defeated President Donald J. Trump.
Labels: Politics