A Problem And A Solution Come In A Pack

The solution to a problem is usually within the problem itself. In other words, a problem and a solution come in a pack. They are always identical, but a patient mind would differentiate a solution from a problem. 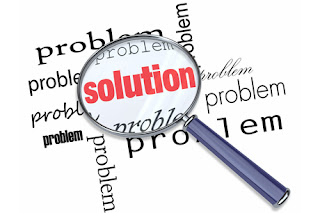 Most times we see signals to the solution of our problem within the problem, but because we cannot swallow our pride and get down to the mud, the problem lingers.

For instance, during the great depression, John Maynard Keynes, an Economist, argued that the way out of the depression was for government to stimulate the economy by spending money.

Meanwhile, depression is a complete downturn in economic activities “in conjunction with a sharp fall in growth, employment, and production”.

During recession/depression companies stop production because people stop making purchases since they are unemployed.

Thus, John Keynes stated that the solution to the depression is for people to start spending money. But they are unemployed, how would they get the money to spend?

He said governments should borrow and spend on infrastructure and give to the people to spend.

If people spend money, production of goods and services will commence to meet the increase in demand, and economic growth would return until the economic circle of demand and supply is completed.

This Keynesian theory went contrary to older economic theories, and so, nobody believed a simple theory like that could solve a big problem like the great depression. It later became the solution.

The Keynesian theory may sound very simple today, but during the 1930s, only John Keynes saw this simple solution to a big problem like the great depression.

As such, in 1944, agreements were signed at Bretton woods, New Hampshire, to institutionalise Keynesianism in the international monetary system.

Nowadays, you hear stimulus packages during economic downturn – all thanks to John Maynard Keynes.

Today, President Joe Biden has proposed 1.9 trillion dollars stimulus package to revive the US economy that has been battered by the effect of the coronavirus pandemic. That's Keynesianism.

And so, when you encounter a problem, remember that its solution is embedded in the problem, and start looking for it.

Finally, what you may see as a problem today may actually be a solution to an unseen problem. Look again.

In all, remember, in every situation some people see problems/threats while others see solutions/opportunities.

Everything depends on what you see, and what you see is the "thin line between success and failure".