The Law, And The Implementation Of Value Added Tax (VAT) In Nigeria 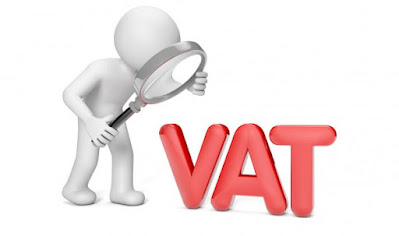 Since General Buhari became the president of Nigeria, the country has gone from one constitutional question to the other. The question today is, who has the authority to collect the VAT generated in the states of the federation?
A Federal High Court sitting in Port Harcourt has already determined that the Rivers State Revenue Service (RSRS) and not the Federal Inland Revenue Service (FIRS) has the constitutional authority to collect the value added tax (VAT) generated in Rivers state.
After the Judge’s ruling, the FIRS covertly asked the National Assembly to amend the Nigerian constitution to empower it to collect VAT. This attempt to amend the constitution, obviously, is an admission by the FIRS that the judgement of the Federal High Court was based on law.
However, VAT is a consumption tax. This simply means that VAT is paid by an individual who uses the product, or the service being taxed.
For example, if an individual buys a Chivita orange juice (on a go-slow) to drink, the company must have added 7.5% to the price of the Chivita, which it will transfer to the government. Likewise, if you buy an air ticket, the airline would have added 7.5% for the government.
From the above illustration, clearly, it is not the company that pays VAT but the consumer of the product or service - the last man in the street. The company acts as an agent of the government while collecting the VAT on its behalf.
Although the High Court ruled that the Rivers State government has the constitutional authority to collect the VAT generated in the State, but it didn’t say the generated amount belongs to the State. “The devil is in the details.”
Since then, Gov Wike has been shouting on top of his voice that a total of 15 billion Naira was collected as VAT in Rivers state in the month of June. And out of that amount, Rivers state received a paltry N4.5 billion as allocation.
While in the same month, Kano state generated N2.8 billion in VAT and received the same N2.8 billion as allocation.
It appears that Gov Wike’s statement assumed that if Rivers state government was collecting VAT in Rivers state, the entire N15 billion generated in the month of June would belong to the state. This is not entirely correct.
In fact, Rivers State generating more VAT than Kano State simply means that there are more companies situated in Rivers State than in Kano state. And it doesn’t mean that the entire VAT collected by those companies in Rivers were consumed by Rivers’ residents.
Going by our Chivita hypothetical example, a consumer who resides in Kano state will pay 7.5% VAT if he buys a Chivita juice produced in Rivers state. Now, which State government should keep the VAT proceeds, Rivers state that hosts the producing company or Kano state that hosts the consumer?
The High Court’s ruling in Rivers State Government v FIRS didn’t establish who should retain the proceeds of the VAT collected in Rivers State. Though the Court was not asked to determine that.
The above scenario is the reason astute citizens of Nigeria demand for the restructuring of the country. This kind of situation requires all interested parties to sit down and discuss how Kano State government would receive the VAT a consumer in Kano paid for the purchase of the juice produced by a company domiciled in Rivers state.
Moreover, it is very clear that a Nigerian State with the largest population would benefit more from the payment of VAT since it’s a consumption tax. So why are the Governors and people of Northern Nigeria afraid of State’s collection of VAT since they claim to have more population than Southern Nigeria?
The answer is simple, Northern population is imaginary – the nearer you get to their supposed population advantage, the less you see of their so-called population dominance. Their population fraud is for the purpose rigging elections, and federal allocation manipulation.
Overall, If the Northern Governors are now threatening that the 2023 presidency would not shift to Southern Nigeria, but the presidential election should be based on who wins the most votes. They should also agree that Southern Nigeria MUST keep the revenue generated in the South.
Obviously, the Nigerian question is awakened. Until the country is restructured, the parallel lines between the supposed homogeneous Northern Nigeria, and the Wannabe United Southern Nigeria will only but widened.
~liberate your mind
Labels: business