Who is reversing the dogmas of Christianity? 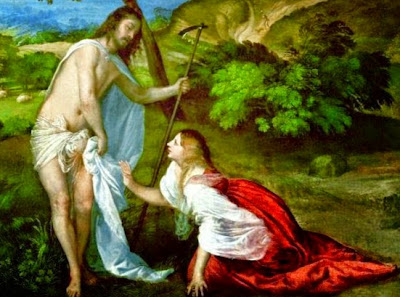 Buddha, a teacher and spiritualist, told his followers; “believe nothing, no matter where you read it or who said it, no matter if I have said it, unless it agrees with your own reason and common sense”.

But a Christian is compelled to believe everything he’s told even if it doesn’t agree with his common sense. He dares not question anything, especially if it’s written in the bible, lest he’s labelled blasphemous.

Such early Christians’ doctrines, which must remain sacred, include; Jesus is God made flesh. And according to John 14:6, Jesus said "…no one comes to the Father except through me”.

And so, what father was Jesus referring to if he is/was God? This is one of such situations that don’t conform to common sense. Yet, Christians are obliged to accept it without questions.

Before anyone start calling me anti-Christ, please read this. I believe in Jesus. He was not God but a prophet and a teacher (Rabbi). There’s nowhere in the bible that Jesus called himself God or even son of God. He always called himself son of man. I am open to contrary opinion.

Though he often referred God as his father, if by this, it means that Jesus is the son of God then all of us are. This is because Jesus taught us to pray to “our father who art in heaven…” He acknowledged that the heavenly father is a father to all.

Anyway, last week, every media house reported that Jesus indeed married and had children. Not only that; he married a prostitute named Mary Magdalene. The Christian bible never mentioned this.

The news became headlines because of its nature. If Jesus actually married, then he was not God as the earlier Christians claimed. That will damage the doctrine that Christians have held over the centuries.

But who cares if Jesus married? I don’t see anything wrong with that because most of the prophets in the bible married. After all God created Adam and gave him a wife named Eve.

But some Christians are already kicking the report. They say if it’s not written in the bible then it’s false. But the bible is a collection of books written by independent authors.

Moreover, there are several variations of the Christian bible. The Catholic bible contains 73 books while the Protestants’ has 66 books. They chose the books they included in their respective bible. The rest of the books are labelled uninspired, Apocrypha or Gnostic writing.

The Gnostic writings include; gospels of Peter, Judas and etc. Is it not surprising that Peter wasn't among the gospel writers of the New Testament bible even though he was very close to Jesus? Perhaps Peter revealed a lot about Jesus that the Romans didn’t want their members to know.

Nonetheless, it was a 4th century papyrus stored in the British archive that ‘revealed’ that Jesus married Mary Magdalene. In order to prove themselves, the investigators pointed out that if Magdalene wasn't Jesus’ wife; why would she visit the tomb to oil the naked body of Jesus?

But why did it take them so long to tell the world what is stored in the archives? According to the bible, only the truth shall set us free and one day we shall completely remain free, when the whole truth must have been told.

And who will reveal the whole truth? The answer is; the descendants of the introducers of Christianity; as they are beginning to question those things their ancestors called sacred.
Labels: Religion