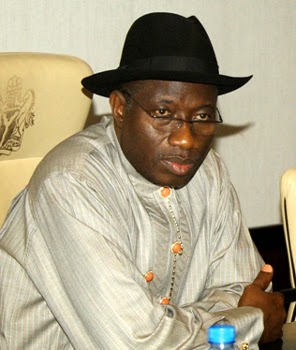 The 2015 general election is barely 3 months away and President Jonathan has, as it stands, secured his party’s presidential nomination.

In my opinion, that’s the only visible thing he has achieved towards his re-election bid. If PDP hadn't offered him an ‘automatic’ ticket, he would have faced party primaries against other aspirants.


Having full party primaries may likely have caused a division in the party, and so, PDP and Mr Jonathan chose to avoid it. But have they totally avoided party disunity? I don’t think so because there’s such much conflict of interest between the Governors and the National Assembly members.

Mr Jonathan inadvertently pressed the self-destruct button when he apparently signed away party structures to PDP governors in return for his ticket. He did that without considering other stakeholders of the party, such as Senators and House Reps who have protected him at the National Assembly.

These Senators are fighting back now with all sorts of threats including impeachment. Mr Jonathan cannot fully satisfy them without reneging on his supposed agreement with the governors.

The unfortunate aspect of his self-destruction tactics is that these crises are happening in those states that can be considered his stronghold. There are crises in the whole of South/East and South/South PDP including the states of the middle-belt.

In fact, in reaching the choice of automatic ticket, President Jonathan should have considered the cost of the alternative forgone. Causing disaffection in your stronghold is like handing half of your soldiers to your enemy.

In her book, Pieces of You, Cassia Leo wrote, “the quickest path to self-destruction is to push away the people you love;” including the people who love you, if I may add. That’s exactly what President Jonathan seem to be doing at the moment.

And unless he quickly rallies his supporters in his stronghold, he might as well forget about contesting the 2015 presidential election.
Labels: Politics